12 Ways to Boost Your Serotonin 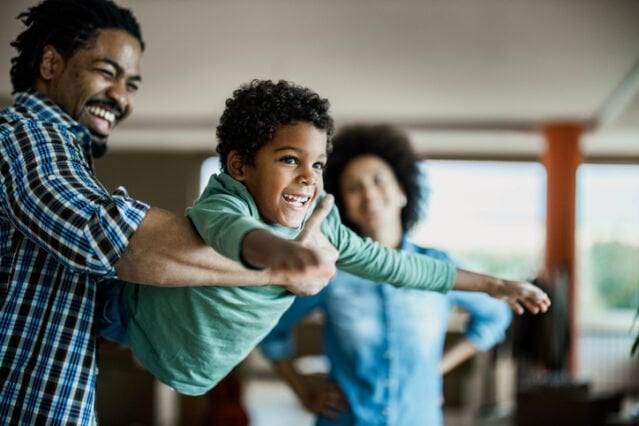 Serotonin is a funny one.

Although the prevailing sentiment is that we want to “increase serotonin,” it’s not that simple. There’s no indication that more serotonin is necessarily better in every situation, or even generally. The link between serotonin and “happiness” or “mood” isn’t so clear-cut as the experts would have you believe, either. So while I am going to tell you how to “boost” serotonin levels because serotonin is a vital neurotransmitter, I plan on sticking to foods, supplements, and behaviors that promote physiological levels of serotonin. Boosting serotonin beyond what the body is designed for may not help you, and it may have unpleasant and unwanted effects.

Article Summary show
Is Serotonin a Mood Booster?
What Does Serotonin Do?
How to Increase Serotonin
Eat Tryptophan Foods
Get Plenty of Natural Light
Get Sun or Take Vitamin D
Eat Seafood or Take Omega-3s
Spend Time in Nature
Don’t Avoid Carbs Entirely
Take Curcumin
Move
Drink Coffee
Get a Massage
Get Your Micronutrients
Take Tryptophan on an Empty Stomach
References

Is Serotonin a Mood Booster?

Yes and no. For evidence, I submit two items. The first is clinical research and the second is pure anecdote, albeit personal anecdote.

Everyone has heard of SSRIs, or selective serotonin re-uptake inhibitors. The most common form of antidepressants, their purported mode of action is to reduce the re-absorption of serotonin by neurons which increases the circulating concentration of serotonin in the brain. They increase brain levels of serotonin so it’s able to act longer. The evidence in favor of SSRIs in treating depression is mixed. Not everyone benefits, and it often takes several months to take effect. But they do help some people.

In recent years, depression studies have pitted SSRIs against another drug—tianeptine—that does the opposite: increases the absorption of serotonin by neurons and decreases the concentration of serotonin the brain. If the “serotonin=happy” hypothesis is correct, tianeptine shouldn’t improve depression. It should worsen it. But that’s not what happens. Both tianeptine, which lowers brain serotonin, and SSRIs, which increase it, have been shown to improve depression symptoms in patients with clinical depression. If anything, tianeptine might even be more effective.1

This doesn’t mean that serotonin has nothing to do with depression, or that it’s bad for depression. It just means that the story is a little more complicated than we thought.

Now the anecdote. Back when I was doing some research for a new probiotic supplement, I tried one that had been shown to increase serotonin levels: B. infantis. This is how I do things usually. Most all my products are created to solve a problem in my own life. I figure that if something appeals to me or fixes an issue affecting me, it will help others too. So this time, I added the powder to a smoothie and down the hatch it went. About half an hour later, I got the distinct sense of what I can only describe as emotional numbness. There was just this big blank emptiness in my heart and mind. I felt robotic, except I was a robot who had memories of what it was like to feel. It was a very uncanny, unnerving feeling that I don’t ever want to feel again.

Maybe the dosage was too high. Maybe I shouldn’t have been taking a probiotic strain meant for human infants (B. infantis is present in infant guts and breast milk). Maybe if my baseline levels of serotonin were lower, the probiotic would have helped. But that’s not the point of all this—it’s that boosting serotonin isn’t necessarily good for mood and happiness.

What Does Serotonin Do?

Serotonin facilitates communication between neurons, making it a major regulator of mood, learning, memory, and sexual desire. 2 Adequate levels of serotonin help us deal with stress, while chronic stress can deplete serotonin. As the precursor to melatonin, serotonin also has a powerful effect on sleep and circadian rhythm.

The underrecognized effect of serotonin on the brain’s ability to learn may explain why increasing serotonin levels through SSRIs can help depression patients.3 We usually think of learning in the context of knowledge or skill acquisition—learning a language, learning calculus, memorizing state capitals—but it also applies to mood acquisition. We aren’t happy just because. We are happy because we experience positive stimuli and the resultant good mood is reinforcing our continued pursuit of said positive stimuli. The good mood is how we learn, and we learn with the help of serotonin. And because we’ve learned to associate good moods with positive stimuli, the effect sustains itself. Depression alleviated. Meanwhile, in a low-serotonin state, a patient can experience positive stimuli without learning that it’s actually positive. They never make the connection. Or, rather, they never feel the connection.

Low brain serotonin is also linked to increased rumination—getting stuck on the same thoughts or thought patterns—another manifestation of decreased connectivity between neurons in the brain. Thoughts don’t “flow”; they get stuck.

Although we mainly think of serotonin as a neurotransmitter acting on the brain, our guts are the biggest producers of serotonin. About 90% of the serotonin in our bodies is produced in the gut, where it helps trigger the contractions that push food through the GI tract and initiates nausea and vomiting (when necessary).4 Gut serotonin may also travel to the brain via the vagus nerve, the “highway” that allows our gut to interface with our brain.

How to Increase Serotonin

While you don’t necessarily want to boost serotonin to supernatural levels, it’s quite clear that low brain serotonin can have some unwanted effects. How do you make sure you’re making enough serotonin in your brain to enable optimal neuronal communication and melatonin synthesis, minimize rumination, and improve mood?

We often forget that “thoughts” and “feelings” aren’t just ephemera floating around inside our heads without a material representative. Every thought, feeling, emotion, or mood we experience is a physical thing made of matter. We don’t just “feel better.” To feel better, we manufacture serotonin using an amino acid called tryptophan as the precursor.

Get Plenty of Natural Light

Sunlight is a direct trigger of serotonin synthesis. The brighter the sunlight, the higher the serotonin production.7 This may explain seasonal affective disorder, where depression spikes during colder, darker months. It may also explain why sun exposure increases cognitive function in both depressed and healthy subjects, or why bright light exposure prevents bad moods after tryptophan depletion.89

Without light, you can’t convert tryptophan into serotonin.

Bright light doesn’t imply full blaring sunlight. Going outside on a cloudy, late autumn day will expose you to far more bright, natural light than you’ll experience sitting inside with the lights on. I’d guess the main reason winter is worse for serotonin is that people are less likely to go outside and brave the bad weather.

Get your light as early as possible. A 10-15 minute walk just after sunrise (no sunglasses; bathe in the light) sets the tone for the day.

Get Sun or Take Vitamin D

Vitamin D—which we synthesize from UVB exposure—allows the conversion of tryptophan into serotonin.10

I recommend getting most of your vitamin D from the sun. It’s better regulated that way, and you get the added benefit of lots of natural light. If you need or want to supplement (probably a good idea for most people during the colder seasons when sun exposure is low), look for a high potency formula. Here’s what I take.

Not only does seafood provide ample amounts of the amino acid tryptophan, the long-chain omega-3 fatty acids found in marine fat increase serotonin production in the brain and improve serotonin transport across neurons.11

You might take cod liver oil or eat the actual livers, as that provides both vitamin D (for increased tryptophan conversion) and long-chain omega-3s. However, a good daily dose of omega-3 supplementation through high potency, pharmaceutical-grade fish oil works fine, too, for those who get ample vitamin D otherwise.

I’ve written about forest bathing in the past for its ability to lower stress hormones, improve mood, reduce blood sugar levels, and even increase natural killer cell activity, a marker of anti-cancer ability.

Carbs spike insulin, which shuttles amino acids out of the blood and into cells. This leaves tryptophan as the dominant amino acid in the bloodstream, because it’s bound to albumin and inaccessible to insulin. When amino acids compete for conversion into neurotransmitters, tryptophan wins, and serotonin rises, because no one else shows up.

Many readers of this blog prefer lower-carb diets. I’m the same. If you feel like your serotonin levels need a boost, consider increasing carb intake a little. Just one meal containing carbohydrates should get enough tryptophan into your brain for conversion into serotonin.

Turmeric has emerged in recent years as a powerful antidepressant, in many cases equalling or even surpassing the effects of prescription antidepressants.12 Turns out that turmeric (or curcumin, rather) increases brain serotonin levels in a dose-dependent matter.13

Exercise increases serotonin via two pathways. First, the activation of motor neurons increases the firing rate of serotonin neurons, thus boosting the synthesis and release of serotonin. Second, exercise consistently elevates tryptophan levels in the brain, even for hours after the session.14 This is probably why going for a walk or grabbing a quick workout is a surefire way to beat ruminating thoughts.

Generic alternative health gurus will tell you caffeine depletes serotonin. It sounds right, doesn’t it? What they won’t say is that caffeine has actually been shown to increase brain serotonin, at least in rats.15  It also makes the brain more sensitive to the effects of serotonin. Personally, I’m drinking my coffee.

This should really be standard advice for any health issue. Many problems go away when we eat more micronutrients—vitamins, minerals, and phytonutrients—because micronutrients are essential to fundamental physiological processes and pathways. It’s a safe bet that all of us are at least mildly deficient in a handful of important nutrients—like B6, which regulates serotonin synthesis.17

One study found that a food-based multivitamin/multimineral supplement drink called Lavita increased tryptophan and serotonin levels in healthy subjects. While that product does purport to offer a boost in many micronutrients, a solid Primal diet with quality meats and good, varied vegetable intake should provide the same nutrient base. Of course, many of us choose a comprehensive multivitamin/multimineral supplement as well.

Take Tryptophan on an Empty Stomach

Taking tryptophan on an empty stomach eliminates the competition for brain uptake with other amino acids you’d encounter when eating tryptophan-rich foods, allowing tryptophan to flood the brain and trigger serotonin synthesis.

That’s what I have for today, folks. Thanks for stopping by. Share your thoughts and questions on the comment board, and have a good week.

The post 12 Ways to Boost Your Serotonin appeared first on Mark’s Daily Apple.