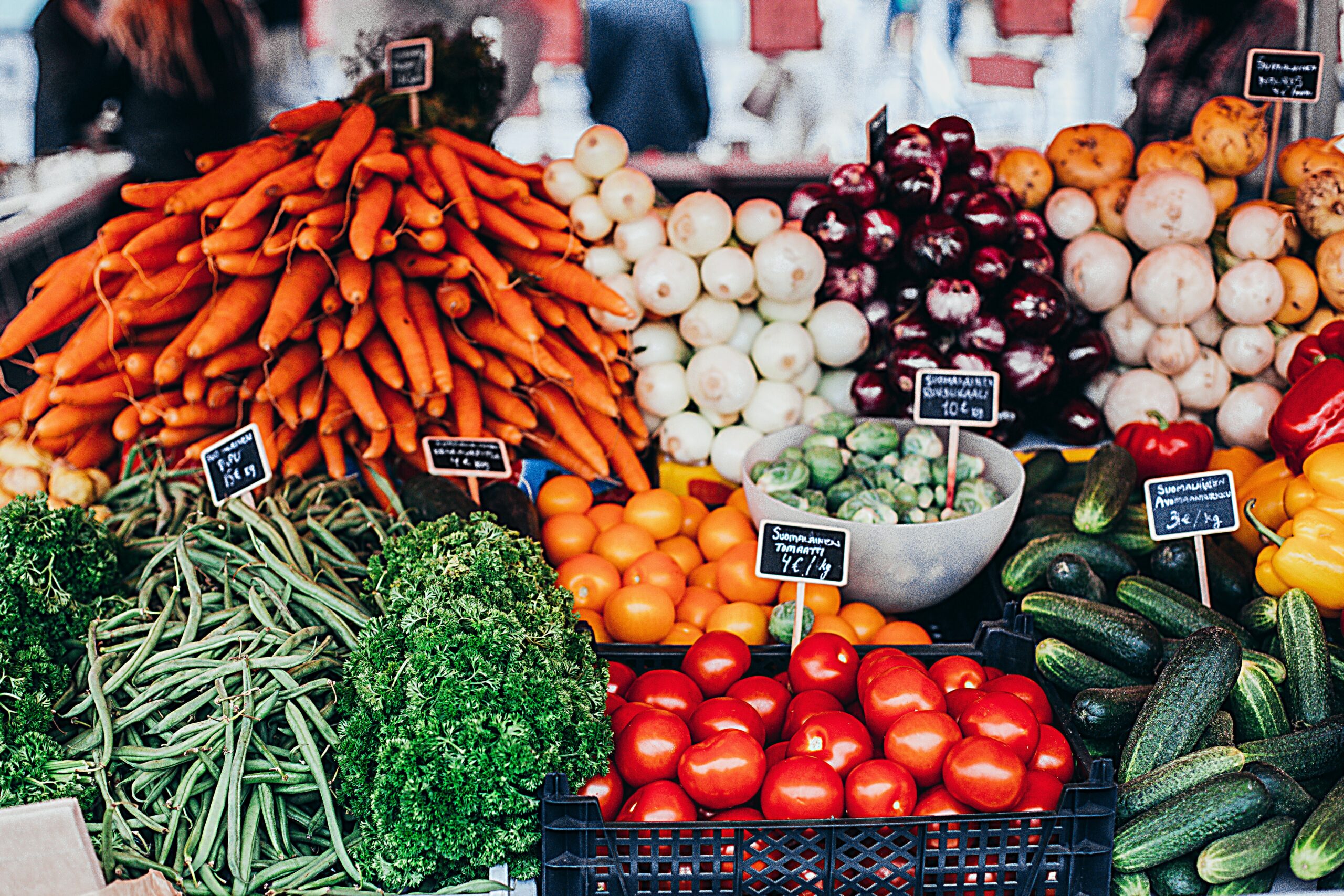 One of the core pillars of health is eating the best quality food possible. Realistically, though, few of us can fill our shopping carts with nothing but local, organic, pesticide-free, grass-fed, pasture-raised, wild-caught, non-GMO food. Top-tier options may not be available year-round where you live, and even if they are, they might not fit your budget.

Most people have to decide where it’s worthwhile to invest in organic and where it’s okay to choose less-than-perfect-but-still-perfectly-good conventional options. I’ve previously covered the top 10 foods you should strive to buy organic. Today, I’ll try to make things a little easier by providing a list of the foods which are fine in their conventional form.

This isn’t to say you shouldn’t buy these items organic if you can access and afford them. Some would argue that even if the following conventional foods are relatively safe, you should still buy organic in order to support organic growers and protect the environment from exposure to agricultural chemicals. That’s totally valid and part of the reason why I try to buy organic, but it’s also a topic for another time. The goal today is to help you prioritize where to spend your hard-earned money while maximizing your and your family’s health.

So, what everyday Primal staples can you buy conventional?

Article Summary show
Coconut and Coconut Products
Onions Don’t Need to Be Organic
Avocados
Can Honey Even Be Organic?
Is Organic Asparagus Worth the Price?
Sweet Potatoes
Farmed Bivalves (Clams, Mussels, Oysters, Scallops)
How to Choose Between Organic and Conventional Produce
References

Primal folks love our coconut. We sauté with coconut oil and slather it onto vegetables, sweet potatoes, hair, skin, and armpits. We make smoothies and curries with coconut milk and cream. We obsess over coconut butter, paying tribute to its glory with a greasy spoon. And when we’ve been running or training particularly hard, coconut water provides much-needed electrolytes.

Luckily for us, it doesn’t look like organic versus conventional coconut makes a big difference. Several studies have looked for pesticide residues in coconut products and come up virtually empty-handed. There’s this 2010 study, which was unable to detect any pesticide residues in crude coconut oil.1 Poly-aromatic hydrocarbons, which are generated during the coconut flesh quick drying process and are carcinogenic, were detected in crude coconut oil but were removed in the refining process. Virgin unrefined coconut oil may still contain these hydrocarbons unless it’s wet-milled and processed without quick-drying the flesh. However, that goes for both organic and conventional coconut oil.

Other studies have found low or undetectable levels of pesticides in coconut pulp,2 crude and refined coconut oil,3 and coconut water.4 5

Coconut milk is also going to be as free from pesticides as any other coconut product. Since it comes from fresh flesh, not the dried, heat-treated stuff, coconut milk should also be free of poly-aromatic hydrocarbons.

Onions Don’t Need to Be Organic

Onions don’t just make you cry for cutting them, they make pests weep at the thought of eating them. Onions are naturally resistant to pests, so there’s no need to douse them with tons of pesticides. Big Agra may cut corners and prioritize profit over quality or consumer health, but that just means they won’t fork out the money for chemicals if they don’t have to. They’re not comic book villains, dumping drums of noxious endocrine disruptors and carcinogens onto their crops to punish us.

Onions are consistently near the top of the EWG’s Clean 15 list.6 Most of the 333 chemicals the USDA tests as part of their Pesticide Data Program (PDP) are undetectable on onions year after year.7 The small minority that do show up on tests all come in well under EPA Tolerance Levels.

There is also very little, if any, advantage to organic onions from a health perspective. Unlike many other fruits and vegetables, conventionally grown onions have the same level of polyphenols as organically grown onions.8 So, feel free to go wild with conventional onions.

Avocados are another safe food that ends up with some of the lowest pesticide residues around. Maybe it’s the scaly skin and the way they just kinda “lurk” there up in tree tricking pests into thinking they’re up against alligators. Maybe it’s the fact that a bug got burned one too many times with a beautiful-looking avocado that turned out to be stringy and brown on the inside. Maybe pests just hate waiting for an avocado to ripen (who doesn’t?) and give up.

Actually, even though growers sometimes apply a significant amount of chemicals on avocado orchards, they don’t make it into the fatty, delicious flesh we crave and consume. Much like our friend the coconut, the hard outer shell offers pretty good defense. However, avocado farmers, both organic and conventional, do use extensive amounts of copper as a fungicide.9 Copper is an essential nutrient, but too much can be harmful. A single Florida avocado contains 0.9 mg, which is about 100% of the RDI, so don’t go around eating several a day.

Can Honey Even Be Organic?

The idea of organic honey is fantastic. Who wouldn’t want to eat honey produced by bees who dined exclusively on organic, wild, untouched, pure flowers? I sure would.

But the reality is that bees will be bees. They’re going to buzz around freely, and they’re not going to distinguish between organic and conventionally-grown plants. I suppose you could surround your hives with only organic plant life, but considering bees have an average range of five kilometers (and twice that when food is scarce), you’d have to control a lot of land to do it. Plus, you know how bees have those cute furry bodies? Yeah, that fur picks up all sorts of stuff from the air. Not only do you have to worry about non-organic pollen, you also have to contend with every non-organic airborne particle in the area.

Buy local honey. Buy raw honey. Buy honey from someone who raised the bees and (at least kinda sorta) knows where they spend their time. But don’t shell out extra money for organic honey unless you happen to really like that particular honey. Those first two characteristics—”local” and “raw”—should come before organic.

Is Organic Asparagus Worth the Price?

Luckily, asparagus is one of the cleanest vegetables around. Checking in once again with the USDA (PDP) database, the vast majority of samples test free of residue.10 Organic might eliminate the small probability of pesticides showing up on your asparagus, but I don’t think it’s worth the price tag. Conventional should be just fine. If you’re really worried, domestic conventional (referring to the United States) is far better than imported conventional.

Low-carb is cool, but the athletes, lifters, highly active folks among us sometimes need a bit of dietary starch to fuel their efforts. Conventional sweet potatoes are a fine choice. Their leaves sometimes get eaten by bugs, but since that rarely affects the viability of the underground tubers that people actually eat, farmers generally don’t feel the need to protect the leaves with agrochemicals.

However, sweet potatoes do sometimes have a problem with fungal growth after harvesting. To deter this, processors sometimes dunk the tubers in a dicloran bath before packing and shipping. Dicloran (a fungicide not to be confused with the flame retardant known as dichloran) is the only chemical to show up consistently in conventional sweet potatoes. Though dicloran is sometimes listed as a possible carcinogen, the European Food Safety Authority has concluded that “Dicloran has no genotoxic or carcinogenic potential relevant to humans.”11 Still, if you’re concerned, peel your sweet potatoes.

I’ve mentioned this before in a previous post on farmed seafood, but farmed bivalves are essentially “wild.” They’re not kept in ponds, nor are they given pesticide-rich soy and corn topped off with unsustainable fishmeal. Instead, they hang out attached to their moorings in actual ocean water acting like the filter-feeders they are. For all intents and purposes, the farmed bivalves you eat are identical to wild ones. As such, there would be little point to eating “organic” shellfish.

In 2002, Greenpeace did an exhaustive survey of all the chemicals used in aquaculture to find out whether consumers eating the end product had anything to worry about.12 While they found extensive usage of parasiticides, anesthetics, spawning hormones, oxidants, disinfectants, and herbicides in fish and shrimp farming, there was only one instance of chemical usage in bivalve farming: Northwest U.S. oyster farming sometimes used carbaryl, an organophosphate that inhibits acetylcholine esterase and increases the levels of acetylcholine in the brain (which kills parasites but can actually enhance human brain function, provided you eat or make enough choline).

How to Choose Between Organic and Conventional Produce

These are my top suggestions for foods that are fine to buy conventional, but what about when you’re standing in the supermarket and have to make a decision on the fly? Here are some guidelines to follow:

Thanks for reading, and be sure to let me know if I missed any foods in the comment section!

Is Mouthwash Bad for You? Best Mouthwash + Risks and Alternatives