A Fresh Look at High-Protein 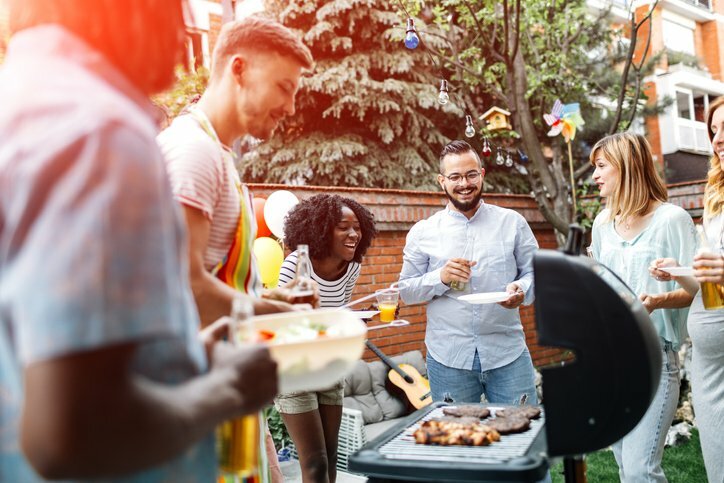 Ten years ago, I ate a high protein diet. I regularly ate and recommended a gram of protein per pound of bodyweight. That meant I was putting down 160, 170 grams of protein a day myself.

Later, I moderated my protein intake and focused more on my fat intake, thinking that I’d be better off in the long term eating less protein and using my muscle mass, physical and mental performance, and overall vitality as a “signal” for when protein was too low. Researchers were looking at high protein intakes, noticing they could raise IGF-1 and trigger mTOR, which in some animal models have been linked to cancer and reduced longevity, and positing that lower protein intakes were healthier. I was never “low-protein,” but I certainly ate less than before. I will say that throughout all this time a major determinant of my protein intake was my instinctual hunger for it. When I ate a lot of protein, I did so because I desired it on a base, Primal level. When I ate less, I did so partly because of the research but also because I wasn’t as hungry for it (and my performance never indicated I was lacking).

But in recent years, I’ve been eating more protein again. In fact, I eat by most accounts a high-protein diet. Why? What changed?

I took a fresh look at the research.

I’m always researching. That’s the nature of my work here, and it never stops. As I read more into the protein/IGF-1/longevity connection, I became skeptical of the idea that protein is harmful because it “spikes IGF-1.” It turns out that elevating IGF-1 isn’t necessarily a bad thing; resistance training spikes IGF-1, and the beneficial effects of resistance training are largely dependent on the IGF-1 increase. It turns out that the majority of human research into IGF-1 and longevity shows either a positive relationship (higher IGF-1, longer lifespan) or a neutral one.1 Really low levels of IFG-1 are bad for longevity, while really high levels are linked to cancer—and even those relationships aren’t totally clear. If protein was spiking IGF-1, that might actually be a good thing. After all, the more protein an older person eats, the longer they live and the healthier they live.

The more I looked, the more the evidence for limiting protein seemed to fall apart. The more I realized it consisted almost entirely of myths and misconceptions.

I know meditation is good for me, but I don’t know how to start.

I’ve tried to meditate before, but my mind is too busy.

It sounds easy, but it feels hard.

Not sure what the hype is all about? Find out why millions of people have been meditating for thousands of years.

Meditate with us for 21 days, complete with video meditations, a tracker, and community support!

What are the most common myths and misconceptions about high protein diets?

I’d already covered the myth that protein is bad for your kidneys. It’s not, it’s actually good for them, and it protects against many of the maladies that do increase your risk of incurring kidney disease. While an unhealthy kidney may have to limit protein, a healthy kidney will not.

Another myth is that protein “leaches” calcium from your bones and causes osteoporosis. The opposite is actually true. Human research consistently finds that higher protein intakes protect against osteoporosis, improve healing after bone injuries, and help prevent falls and fractures in older adults.3

Several years back, you could hear people say that eating extra protein is “just like eating chocolate cake.” They were wrong.  Gluconeogenesis—the creation of glucose from protein—is demand driven, not substrate driven. Your body will only convert protein into glucose when it needs the glucose. It will not turn protein into glucose just because it’s laying around and available. One study even found that eating 160 grams of protein in a single meal had no effect on blood glucose levels.4 If anything, high protein diets will improve blood glucose control.5

So if high protein diets don’t decrease longevity (and maybe even increase it), don’t damage healthy kidneys, don’t give you colon cancer, and don’t worsen blood glucose levels, is there even a good argument against them?

The thing about the arguments against high-protein diets is that they were always theoretical. The supposed consequences of eating more protein were off in the distance, yet to be realized, but “they just had to be true.” You could never pin them down. They were based on some plausible mechanisms whose plausibility crumbled as time wore on. They never materialized.

Those are proven effects. Those are realized consequences.

The Benefits of High-Protein Diets

Meanwhile, pretty much all the research we have on high-protein intakes finds or suggests benefits.

Of all the macronutrients, protein increases satiation the most.12 This means a low-carb diet replete in protein can help control your appetite naturally—without you even trying. You just aren’t as hungry, and that makes it much easier to control calorie intake.

Weight loss from dieting is often non-specific. People lose muscle as often as they lose body fat. But with extra protein in the diet, you’re more likely to lose body fat and retain muscle mass during weight loss. In women, for example, a low-calorie, high-protein diet was better than a conventional high-carb, low-fat diet at promoting lean mass retention, even in the absence of exercise.13

In older adults, high protein intake in excess of calories was the only macronutrient that was not associated with dementia. Those who ate excess amounts of fat and carbohydrate were at greater risk of dementia, while those who ate “excess” protein were not.14

We know that athletes eating up to 3.3 grams of protein per kg of bodyweight each day for over a year have no negative effects and only positive ones.15 Lean mass increased, fat mass decreased. Kidney and liver function were fine. Blood lipids were good. Now, you could say that “a year of high protein dieting isn’t enough to show all the negative effects,” but you’d be pontificating about the future again. About unrealized potentialities. “Just you wait!”

There are caveats, of course.

High protein should always be paired with physical activity. Throughout human history, you couldn’t get protein without working for it. Meat and physical exertion have always been linked. You expend energy, engage your muscle fibers, obtain meat, eat the meat, activate muscle protein synthesis. It’s the same cycle. Only today, you can divest from that relationship. You can step out of the cycle. You can have a delivery guy drop off a crate of frozen steaks. You can stumble into the kitchen and whisk 40 grams of whey isolate into your water. It takes no physical effort, and that’s going to have ramifications.

One potential ramification of inadequate strength training is the buildup of ammonia, a toxic metabolite of protein digestion that we normally clear by converting to urea and expelling through the urine. If we “overload” the system, the ammonia may linger and cause health issues like brain fog. Resistance training has been shown to reduce serum ammonia in rats. They tied weights to their tails and had them climb ladders—the rat equivalent of lifting weights—and found that it reduced serum ammonia.16 If this holds true in people, then resistance training increases your protein “ceiling” by improving ammonia clearance and urea metabolism.

So make sure you’re lifting heavy things and moving around frequently—these activities increase your “protein ceiling.”

Another factor that increases your protein ceiling is dieting. The more calories you cut, the more likely your body is to start catabolizing muscle tissue. Eating a high-protein diet can mitigate this effect and stave off muscle loss.

And then there’s bed rest and injuries: both increase the amount of protein you should be eating. If you’re on bed rest or recovering from an injury or illness and can’t exactly make it to the gym, you should still eat extra protein to stave off lean mass attrition and improve healing. The binding principle is “protein ceiling.” Anything you can do to increase that protein ceiling and increase your “need” for protein, whether it’s physical activity or calorie restriction or injuries that require more healing, will make higher protein intakes safer and more effective.

Provided you get adequate physical activity, eat a nutrient-dense diet, and have good kidney health, there’s no reason not to try eating more protein if it appeals to you. The results may pleasantly surprise you—especially if you’re trying to lose weight and retain (or gain) lean mass.

What’s your protein intake like these days? How much protein do you eat?

The post A Fresh Look at High-Protein appeared first on Mark's Daily Apple.

WIAW and a full day from start to finish