The Country of mine with 140 crore population, is under complete lockdown mode. We are anxiously tense in one aspect, but enjoying the free time due to the peculiar “Corona effect” on cardiac emergencies. 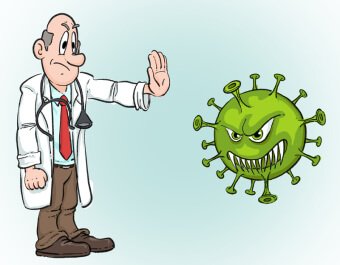 Unable to understand you . . . please go away

What happened to our 24/7 busy CCU ? Does it happen only in my hospital? Can’t be. Let me check it right now. I called my fellow, who has since become a leading cardiologist in the nearby town. I have since called many of my close contacts. In both Government and private hospitals. The pooled data were analyzed in a virtual cloud memory. I am fairly convinced, our observation was indeed true.

The following can be considered as near facts.

STEMI that goes under-recognized and unreported? The consensus was, it’s less important factor as currently, very few are unaware of the Importance of chest pain and widespread availability of emergency services 108/911

Does that mean real incidence has Indeed come down?

The global atherosclerotic burden,(the substrate for STEMI) in the society is nearly constant. Still, the incidence of ACS has declined dramatically in the lockdown period. This conveys an important message and compels a search (research)

The plaques that are waiting to rupture in the population somehow getting a reprieve. Mind you, the presence of a risky plaque in LAD alone won’t cause a STEMI. It needs a trigger. The day to day physical stress, spikes of catecholamine, emotional swings, traffic pollution etc. The only plausible explanation appears to be the vulnerable patients along with their plaques are also locked up inside its Intimo-medial home. (Armchairs and bed rests can not only treat STEMI , they can prevent it too !)

Why the incidence of NSTEMI /UA has also come down?

A significant chunk of UA /?CSA/suspected NSTEMI patients come from referrals by GPs.The biggest pool of cases for cath labs comes from this group of noncardiac/Atypical chest pain syndromes*. Which shows some Incidental (In)significant lesions that subsequently becomes a cardiac emergency.

Since they have reduced their consultations the numbers have quite significantly reduced.

*Chronic CAD masquerading as ACS is not a forbidden concept

We are taught some important lifetime lessons in cardiac practice by this 20 nm, lifeless RNA particles.

1. The bulk of the ACS in the society is triggered by the day to day stress of the fast and furious “Just do it” world. The mitigating effect of social lockdown on physical and emotional stress on plaque dynamics on the incidence of ACS will be a big research subject in the coming months.

2. More importantly, It has exposed the existence of one more hidden epidemic in the community “manufactured coronary emergencies” propagated by a resistant cardio tropic virus that has disseminated deep into evidence-based cardiology. Let us cleanse this virus too after finishing off the Corona.

It’s just a crazy opinion from a scribbling, blogger. However, I am sure, It’s only a matter of time, great journals like NEJM, JAMA, and Lancet will be screaming the same truths in a more palatable evidence-based manner.

Meanwhile, I can see early signs of restlessness(withdrawal) among us waiting for early release from the lock-up and resume the customary mode of evidence-based cardiology practice.

As I complete this write up . . . .surprised to find this report from TCT MD. Similarities if found, could only be coincidental.

Aarogya Setu App; A Must For Everyone.