Home›Health Care›Are Salt and Sodium Bad for You?
Health Care

Are Salt and Sodium Bad for You? 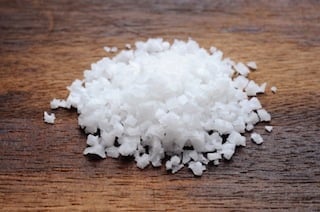 Other than saturated fat, I can’t think of a nutrient that’s been so universally maligned and demonized as salt. All the experts hate it and recommend that we get as little of it as possible. They even all seem to have their own little anti-salt slogans. The American Diabetes Association recommends between 2300 and 1500 mg of sodium per day (“Be Sodium Savvy”). The American Heart Association wants you eating less than 1500 mg per day and claims that 97% of young people already eat way too much salt. The other ADA – the American Dietetic Association – also recommends between 2300 and 1500 mg, but their slogan is far inferior.

Why has salt been cast in such a negative light?


Article Summary show
Why Salt Became Worrisome
Ways Sodium Benefits the Body (You Cannot Live Without It)
Salt May Help Your Stress Response
Limiting Salt Could Have Negative Consequences
Salt Makes Food Taste Better
FAQs About Salt
What’s a Good Sodium Intake per Day?
Is Sodium the Same as Salt?
Does Salt Have Calories?
Symptoms of Too Much Sodium (Hypernatremia)

Back in the 1980s, researchers launched a massive global study of salt intake and blood pressure called INTERSALT. Overall, it showed a modest association between the two, but some groups, particularly the undeveloped, non-industrial peoples who had very little access to salt (and other trappings of industrialization), had blood pressure that was generally extremely low.

Sounds convincing, right? Low salt intake, low lifelong incidence of hypertension – how much more cut and dry can you get? This low salt and low blood pressure connection seemed to also apply to other groups who happened to be living more traditional ways of life.

Except that there’s another non-industrialized group (and you only need one) whose slightly different results kinda muck up the Yanomami argument: the Kuna of Panama.

Among the Kuna, a tribe native to Panama, both salt intake and blood pressure were also historically low well into old age. To study whether the two variables were linked, researchers examined a group of “acculturated” Kuna2 with ample access to salt and an otherwise strict adherence to their traditional way of life. Little changed but the salt intake. in other words. But, despite consuming an average of 2.6 daily teaspoons of salt (and sometimes up to 6 teaspoons), the Kuna did not have hypertension, not even in old age. In other words, there was no change between the hypertensive statuses of 20 year old Kuna and 60 year old Kuna, even though they ate more salt.

All in all, drastic reduction of sodium can reduce blood pressure by a few points. The evidence is pretty consistent on that. But the example of the Kuna shows that there’s way more to blood pressure than how much salt you eat, like how much potassium you eat.

Ways Sodium Benefits the Body (You Cannot Live Without It)

Here is a selection of scientific studies that show some of the many functions of sodium in your body.

I remember drinking so much plain water during one race that I actually became dehydrated from excreting out all of my electrolyte stores and almost passed out. From that point on, a few teaspoons of salt would solve the problem and prevent it from occurring again. Bananas didn’t cut it. Only pure, unmitigated salt did the trick. Hardcore ketogenic athlete Dr. Peter Attia does the same with his bullion cubes, which he credits for maintaining his performance.

Salt May Help Your Stress Response

This is a guess on my part, based on several lines of evidence. First, salt has been shown to speed up cortisol clearance from the blood.11 The faster you clear cortisol, the quicker you recover from a stressor. If cortisol lingers, you “stay stressed.”

Second, there’s evidence that stress increases salt appetite. In lab mice, activation of the sympathetic nervous system by a stressor causes them to prefer salt water to plain water.12 Similar findings have been observed in rats subjected to stress.13 In humans, acute bouts of stress don’t seem to increase salt appetite, but chronic stress does increase intake of salty, processed junk food.14 Obviously, eating drive-thru fries doesn’t help improve your health, but I find it highly plausible that salting your healthy Primal food to taste could be an important ally against stress. It’s just that when most people need “something salty,” they reach for potato chips, not a couple soft boiled eggs dipped in sea salt.

Third, as I mentioned above, low sodium diets are often associated with elevated stress hormones.

Personally, when I’m up against a deadline, I’m drawn to salty foods – often jerky or macadamia nuts sprinkled with some sea salt. It seems to help.

Limiting Salt Could Have Negative Consequences

Let’s put blood pressure aside for a second, because there’s way more to health than blood pressure. Plenty of evidence suggests that for many people, all out salt reduction has an overall negative impact on several other aspects of health:

Yes, some people would claim this attribute as a negative. Adding salt to food will make you more likely to overeat and gain weight and develop the diseases associated with weight gain and so on and so forth. But I’ve always held that eating good food is one of life’s highest, purest pleasures. If your food doesn’t taste good, there’s no point in eating it. We’re not machines concerned only with fuel. We are sensory, sensual beings with the capacity for appreciation of thousands of flavors. To deny the pleasure of food is to deny our humanity.

Salt can also make otherwise unpalatable – but healthy – food somehow palatable. A plate of steamed kale is boring and bitter. A plate of steamed kale with sea salt and avocado oil is delicious and inspiring. Plain broccoli? Kids everywhere are spitting it into napkins and stuffing them into their pockets. Broccoli stir-fried with soy sauce (or tamari, if you please)? Kids everywhere are mailing in their dues (and signing up for auto-pay) for the clean plate club.

You could drop your salt intake to half a teaspoon and get a three or four point drop in your blood pressure. Of course, you might not enjoy your food anymore, your performance in the gym or on the trail would likely suffer, your stress hormones might be elevated, you might start feeling overtrained without doing any actual training, you could become insulin resistant, and you may have trouble clearing (the elevated) cortisol from your blood. But, hey: your blood pressure readings will likely improve by a few points! Or, you could keep your salt intake up around two teaspoons, give or take, simply by salting your food to taste, and avoid all that other stuff.

The Dietary Guidelines for Americans recommends you consume less than 2300 mg of sodium per day.20 Your needs may change if you sweat excessively or if you have specific conditions that affect your electrolyte balance. Talk to your doctor about what makes sense for you.

Is Sodium the Same as Salt?

Salt is not pure sodium. Table salt contains around 97% sodium, and other varieties like sea salt and Himalayan pink salt may contain less.

Does Salt Have Calories?

Salt has 0 calories per serving.

How Much Sodium Is in a Teaspoon of Salt?

One teaspoon of salt contains 2325 mg of sodium.21

Symptoms of Too Much Sodium (Hypernatremia)

Symptoms of too much sodium may include:22

What do you think? Do you fear salt? Do you find your salt appetite increases under certain conditions? Let me know in the comment section!

The post Are Salt and Sodium Bad for You? appeared first on Mark’s Daily Apple.

Finding the Best Gym Workout Bag For Men and Women

If You Put Cinnamon On Everything, Make Sure You’re Using This Variety