Are There Any Good Carbs? 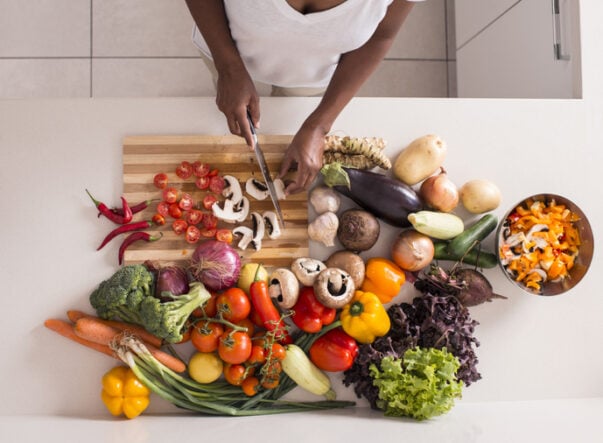 For some, it means eating the fewest carbs possible, as in a strict carnivore diet or something more like carniflex, a meat-centric approach that strategically includes some plants.

For others, it means a keto or Atkins-style diet that restricts carb intake.

Some people don’t count carbs at all but still consider themselves “low-carb” because they eat mostly meat, eggs, and vegetables, and they limit things like grains, fruit, legumes, and added sugars. Sound familiar? That’s the classic Primal or paleo approach.

What all these low-carb folks have in common is that they need to decide what to eat day in and day out. Thinking about food all the time can become tedious, especially when you’re trying out a new way of eating and don’t know what’s “allowed.” It’s tempting to sort foods into discrete categories based on macronutrients (carbs, fat, protein) and quality (“good” versus “bad” foods) to reduce decision fatigue.

Ultimately, though, that approach is too simplistic. There are always going to be gray areas when it comes to food. But the human brain does love to put things in categories, so let’s talk about this idea of “good carbs” versus “bad carbs.”

Article Summary show
Not All Carbs Are Created Equal: “Good Carbs” Versus “Bad Carbs”
Don’t Get Your Carbs from Grains
Vegetables Are A Superior Source of Carbohydrates
Other Worthy Sources of Carbs
Bivalves
Fruit
Legumes
How Many Carbs Should You Eat In a Day?
Why Do People Think Carbs Are Bad Then?
What about Keto? Aren’t All Carbs Bad on Keto?
The Bottom Line

Not All Carbs Are Created Equal: “Good Carbs” Versus “Bad Carbs”

First, let’s be clear: carbohydrates are a component of food, not a food group unto themselves. When people refer to “carbs,” as in “I don’t eat carbs,” they really mean that they avoid certain foods (bread and pasta, for example) or they limit their daily carb intake.

Now that that’s out of the way, some sources of carbohydrates are better than others. It’s not just about how much carbohydrate a given food contains. You can’t judge a food purely by its macronutrient content. I love protein, but I’m not going to knowingly consume chicken raised in a dirty cage and fed nothing but pesticide-ridden corn, even though it’s “high-protein.” You have to look at the bigger picture.

Rather than trying to sort foods into “good” and “bad” categories, consider the following questions:

With those questions as a starting point, we can make some generalizations.

Don’t Get Your Carbs from Grains

Yes, grains provide some nutrients (and they’re often fortified during processing). But they aren’t the best source of those nutrients, and they come with significant health concerns. I’ve covered those concerns extensively in the past, so I won’t rehash them here. If you’re new to these parts, start with this post and this post.

Vegetables Are A Superior Source of Carbohydrates

The benefits of eating vegetables far outweigh any concerns about their carbohydrate content. (And yes, I know that carnivores will have a bone to pick with that, no pun intended.)

You’ll want to emphasize lower-carb vegetables if you’re restricting your total carb intake because you’re playing around with keto, for example. These are your above-ground, non-starchy varieties: leafy greens, cruciferous vegetables, cucumbers, asparagus, peppers, and the like. However, root vegetables and tubers are also packed with nutrients and are lower-carb than most grain-based items.

Other Worthy Sources of Carbs

Mussels, clams, oysters, and scallops each contain about half a gram of carbohydrate, depending on the size. Not much, but when have you ever eaten just one mussel? A can of smoked oysters contains somewhere around 8 grams of carbs—the same as six large strawberries or a cup of cubed watermelon.

These hardly qualify as high-carb foods, but I’m sticking them on the list because most people are surprised to hear they have any carbs at all. (You’ll sometimes see keto “experts” say that you have to avoid them for this reason, but that’s nonsense.)

The Primal stance on fruit has always been to prioritize in-season (and organic or pesticide-free when possible), but otherwise, feel free to consume fruit according to your preferences. Fruit can be a wonderful option for athletes who want to increase their carb intake during high-volume training and racing.

Dried fruit is a slightly different story due to its concentrated calories and sugar content. It’s pretty easy to throw back hundreds of calories of trail mix made with nuts and dried fruit. That might be ok on a long hike, but it’s not ideal if you’re mindlessly eating on your commute. Also, dried fruit is often processed with canola or other seed oils, plus added sugar, so that’s something to watch out for.

People are surprised to find that I’m not adamantly opposed to legumes. Going back to those questions I posed above, legumes are pretty decent sources of nutrients like folate, copper, and magnesium, among others. They do contain lectins and phytic acid, both of which are considered antinutrients, but any adverse effects are largely mitigated by soaking, sprouting, or pressure cooking legumes.

All in all, my stance on legumes is that I wouldn’t make them a dietary centerpiece, but if you want to add a scoop of black beans to your burrito bowl, go for it. Legumes pack more carbs than vegetables, though, so factor that in if you’re counting carbs.

How Many Carbs Should You Eat In a Day?

Most people eating a Primal diet rich in animal products, a variety of vegetables, nuts and seeds, maybe some full-fat dairy, and sensible indulgences like dark chocolate will naturally land in the range of 50 to 150 grams of carbs per day, more or less.

Once the average person starts to go much above that, it becomes harder to maintain metabolic health. That’s not just down to the number of carbs, though. The more carbs you eat, the more hyper-processed, grain-based, and/or high-sugar foods and beverages you’re probably consuming.

Note that I said the average person—in other words, someone who is desk-bound, mostly sedentary, and struggles with chronic health issues. An active, metabolically healthy person has more leeway. A very active, high-calorie burner who regularly depletes their glycogen stores can probably eat considerably more carbs with no negative repercussions, provided they are doing the other things necessary to foster good health (like balancing stress and rest and avoiding chronic cardio). In fact, endurance athletes might even add some white rice or quinoa to restock glycogen and provide extra calories if they have good gut health to start. Is it necessary? Not at all. I’d start by eating more starchy vegetables and in-season fruit if I wanted to intentionally up my carb intake.

That said, I never count carbs myself unless I’m doing some sort of self-experiment. I also don’t go out of my way to limit carbs. Since I eat mostly meat and vegetables, feel fantastic, and am happy with my current body composition and fitness level, I don’t find it necessary.

Why Do People Think Carbs Are Bad Then?

Because “carbs” has become shorthand for bread, pasta, and desserts.

Carbs in and of themselves are just a source of energy and substrate for your gut microbes to metabolize. We get into trouble when we eat them in excess and most of our carbs come from foods that are otherwise problematic.

What about Keto? Aren’t All Carbs Bad on Keto?

Not at all. The Keto Reset approach I recommend is simply a lower-carb version of the regular Primal eating style. You’ll need to limit carbs to 50 grams or less per day to get into ketosis, but everything else I’ve said in this post applies. There’s no reason to fear the carb bogeyman on keto, any more than if you’re eating Primally.

Keto folks can enjoy a wide variety of vegetables, and even some fruit, as long as they watch their total carbohydrate intake.

Rather than putting foods into “good” and “bad” categories, let’s try to make informed, more nuanced decisions about food. Vilifying all carbohydrates is imprecise, and it doesn’t help people who are just trying to be healthy. We all want boundless energy, superior gut health, and balanced hormones, right? Then you should think about:

The other important thing to remember is that food is not the only factor in good health. Nitpicking your carb intake while getting five hours of sleep a night, sitting for hour upon hour without moving your body, and drowning in chronic stress makes no sense at all. Keep your eye on the big picture.

When Is The Best Time to Eat Carbs?

Why Does the Keto Reset Allow 50 Grams of Carbs?

The post Are There Any Good Carbs? appeared first on Mark's Daily Apple.