Home›Health Care›Ask a Health Coach: How to Transition Kids to a Primal Diet
Health Care

Ask a Health Coach: How to Transition Kids to a Primal Diet 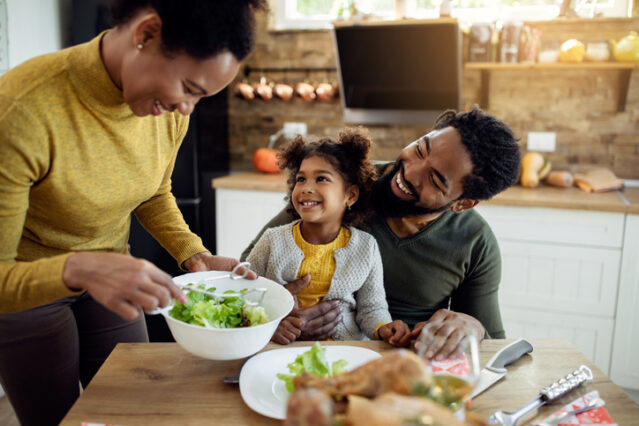 Hey folks, Board-Certified Health Coach Erin Power is here to answer your questions about how to get your kids to eat healthier. Whether you have teens in the house or are just starting your baby on solids, you’ll learn actionable tips on transitioning your family from a Standard American Diet to a Primally aligned one. Got a question you’d like to ask our health coaches? Leave it below in the comments or over in the Mark’s Daily Apple Facebook group.

Angela asked:
“What’s the best way to transition my carb and sugar-loving teenagers to paleo? I’ve been eating this way for a while, but I think it’s finally time my kids started eating like this too.”

By the time your kids can buy their own food, it’s harder to get them to follow your food rules. That being said, my guess is you’re still the one bringing home the groceries and making the meals. Which means you’re still in charge when it comes to (the majority of) what goes in their mouths.

Is Paleo Good for Teens?

Teens can benefit from a paleo diet as much as you and I can. Even more so as teens’ nutrient needs are higher during this stage than nearly any other time of their life.1 Not only that, issues like acne, irritable bowel, and ADHD can be reversed and corrected through improving diet and gut health.2

You did the best you could to feed your kids as they were growing, and now that you know differently about food, you want to do differently. That’s awesome. The thing is, if your teens spent much of their childhood consuming packaged and overly processed, hyper-palatable food, opting for real food like ribeyes and roasted broccoli might not be their first choice. At least not right away. But you don’t have to change their diet overnight.

Think back to when you started eating this way. You probably weren’t excited about leaving your low-fat yogurt-and-banana routine behind. Or having a square or two of dark chocolate for a special treat instead of a big ol’ frosted cupcake. What was the first thing you did? What is the most sensible first step for your teens?

Your teens have a routine that they’re comfortable with. Whether it’s what they buy at school, what they eat at friends’ houses, or what they expect to see when they stand there loitering in front of the open fridge. They’re also at the age when they’re trying to figure out who they are and how they fit into the world around them. Combine that with hormonal changes, school and social pressures, and the detrimental effects of diet culture, and you’re lucky to get them to even look at a nutrient-dense meal.

The key is to make dietary changes that don’t feel like a punishment and don’t push your teens too far out of their comfort zones.

During adolescence, they’re making psychological and social changes that help them become more responsible and independent, and differentiate themselves even more from mom and dad. So, just putting a big-ass salad in front of them probably won’t fly. What will, however, is making gradual changes that don’t flip their world upside down.

Here are the four things I tell my parent-of-teens clients who are in the same situation as you are.

As Mark likes to say, “don’t let perfect be the enemy of good.” You may have your Primal way of eating totally dialed in. But really, any changes that trend toward eating more real, whole foods, and less processed garbage is a win here.

Jen asked:
“I am about to delve into the world of foods with my nearly 6-month-old baby, and everything I read is telling me to start with grain-based infant cereals (wheat, barley, rice, oatmeal). Aside from the fact that we’re a primal household, I have also been allergy tested and am allergic to all of those grains, as is my teenage son, so I’m not about to give a known family allergen to my baby either. How do I go through this stage trying to keep my baby primal, and what should I start with?”

For some reason, the “experts” decided that feeding babies a string of highly processed foods loaded with synthetically produced vitamins was a good first step. Most pediatricians promote a timeline that starts with rice cereal, then oatmeal, then barley, fruits, and sweet veggies. Follow that protocol and you’ll be on the fast track to juice boxes, pudding cups, yogurt squeezers in no time.

It’s always been fascinating to me that babies’ food preferences start when they’re in utero.3 During pregnancy, what you eat actually influences the tastes and smells your little one naturally prefers.4 Flavors, especially garlic, anise, vanilla, and carrot, are transmitted through the bloodstream and into the amniotic fluid.

It turns out, if a baby has experienced a flavor in the womb (or in breast milk), they tend to prefer it more. In one study, subjects were randomly assigned to drink carrot juice every day during their last few months of pregnancy or after birth.5 Researchers found that the babies of those women had a stronger preference for carrots than the babies of subjects who were instructed to avoid them altogether. Another study found a similar effect when expectant moms consumed garlic.6 Their kids had a preference for it that persisted well into their teens.

There’s also a period of time between the ages of four to nine months when babies are more receptive to various tastes and textures.7 Repetition seems to influence preferences as well. Meaning, the more you can offer a range of healthier foods early on, the better off they’ll be later in life.

As we learned from Angela’s question above, it’s never too early to start forming good habits. And, as you and I both know, there are far more nutritious, easily digestible foods than rice, barley, oats, and wheat. Since you and your son both have allergies, it’s wise to consider an alternative approach.

There’s nothing wrong with starting your infant on paleo foods. In fact, newborns already produce the functional enzymes and hydrochloric acid required to break down protein and fats.8 Even better, you probably have some of the best “first” foods in your fridge and pantry right now. Look for non-allergenic, fresh (and organic if possible) foods that provide the brain-boosting and developmental nutrients your baby needs, including:

My hope is that you have a forward-thinking pediatrician who’s open to the idea of going against the grain (no pun intended). I also highly recommend checking out Sally Fallon’s The Nourishing Traditions Book of Baby and Child Care and anything by The Paleo Mom, Dr. Sarah Ballantyne. And if you’re looking for extra guidance from one of our Board-Certified health coaches, head over to myPrimalCoach.com and see how easy it is to work with an ancestral living expert one-on-one.

Have you transitioned a family member to a paleo or Primal diet? Let me know what worked (or didn’t work) for you.

The post Ask a Health Coach: How to Transition Kids to a Primal Diet appeared first on Mark’s Daily Apple.

5 Tips for Staying Active on Vacation