Can You Eat an Intuitive Keto Diet? 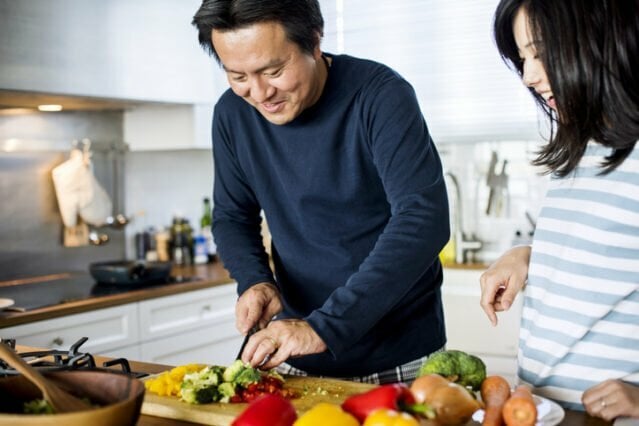 When you first start following a keto diet, overthinking is pretty much part of the package. For better or worse, keto newbies spend a lot of time learning what they can and can’t eat, meticulously weighing and measuring food, and tracking everything that goes in their mouths.

Weighing, tracking, and restricting become understandably tedious after a while. I do know some people who are happy to maintain this level of dietary vigilance for months or even years, but most people fizzle out. Those who don’t want to return to a more relaxed way of eating like Primal look for a compromise position—a keto diet without all the fuss.

This raises the question: is monitoring and careful control of your food intake simply part and parcel of keto, or is it possible to follow a keto diet intuitively?

What Does Intuitive Keto Even Mean?

There’s an apparent contradiction between eating intuitively and keto dieting. Eating intuitively means listening to your body, honoring the signals it sends you, and not controlling or restricting your food intake based on external rules. Keto diets come with an inherent set of rules and restrictions.

At the very least, keto diets have to be low-carb by definition. In practice, this means there are many high-carb foods that you can’t eat in any appreciable amount. Even a small serving could interfere with ketosis. Many folks also set parameters around their keto diets, like they have to be gluten-free or sugar-free. As I have explained previously, that’s not technically true, but those are common values in the keto community.

If your inner voice urges you to eat a couple candy bars, a peanut butter and jelly sandwich on white bread, or even a large bowl of mango, you can’t comply and still be ketogenic. You can’t listen to your intuition. Thus, if such a thing as an intuitive keto exists, it has to involve some sort of compromise.

That said, I believe when people say “intuitive keto diet,” they mean keto without all the fuss and micromanaging. That is possible. Lots of people do it by:

That’s how I would define an intuitive keto diet, anyway, and the definition I’ll use for the rest of this post. One could argue, though, that that’s neither keto nor intuitive, not really.

It’s impossible to talk about intuitive keto without clarifying the difference between eating intuitively and Intuitive Eating (with a capital I-E for clarity). The former is loosely defined as eating according to your body’s hunger cues and desires for different foods. The latter is a specific eating philosophy developed in the mid-1990s by two registered dietitians, Evelyn Tribole and Elyse Resch, that is still popular today.

Any kind of purposeful keto diet, no matter how relaxed, is antithetical to an Intuitive Eating approach. Intuitive Eating specifically rejects dieting, particularly that which focuses on dieting for intentional weight loss. Moreover, one of Intuitive Eating’s core principles is giving yourself unconditional permission to eat any foods in any amount your body wants.

Theoretically, someone could practice Intuitive Eating and naturally arrive at a keto diet over time if their body feels best eating low-carb foods. However, it’s impossible to be Intuitive-with-a-capital-I if you start with keto macros. So it’s crystal clear, any version of intuitive keto I discuss here is entirely separate from an Intuitive Eating approach.

It depends on your goals. Intuitive keto can work for people who want to follow a low-carb diet, don’t want to overthink it, and don’t necessarily care about being in ketosis all the time.

That’s not to say that it’s impossible to stay in ketosis and eat intuitively. You could very well stay in ketosis without monitoring your macros if you eat mostly animal products and low-carb veggies. However, if you include a greater variety of vegetables, fruits, and nuts, plus maybe some dark chocolate and wine, you’ll have to be ok with living in what Mark calls the “keto zone”—moving fluidly in and out of ketosis depending on your daily carb intake, meal timing, and exercise.

Can You Lose Weight on an Intuitive Keto Diet?

Maybe. If you naturally eat in an energy deficit without tracking your food, then yes.

Side note: I’ve also known people who consistently undereat on keto because they simply aren’t hungry. That’s not good either. Intuitive keto also wouldn’t be ideal for these folks. They’re better off at least loosely tracking food intake and making sure to eat enough.

Can You Eat Intuitively and Get the Cognitive Benefits of Keto?

Some people enjoy noticeable boosts in focus and mental clarity on a keto diet. Those benefits depend on being in ketosis, and they might only be noticeable above a certain ketone level (which differs from person to person). If you want to guarantee ketosis, you’ll either have to track your carb intake or strictly limit yourself to very low-carb foods.

A possible workaround is eating a more relaxed, intuitive keto diet but supplementing with MCT oil or exogenous ketones.

Can You Eat Intuitively and Still Be Fat-Adapted?

Yes. Ketosis isn’t a prerequisite of being fat-adapted. A low-ish-carb Primal diet is all it takes to become a fat-burning beast. There’s no need for diligent macro tracking or keto-level carb restriction.

How to Eat an Intuitive Keto Diet

Even if intuitive keto is your ultimate goal, I’d suggest starting with the Keto Reset approach: Start by eating Primally. Decrease carb intake gradually and intentionally until you are consuming less than 50 grams of carbs per day. Then, spend at least three weeks monitoring what you eat, ensuring that you stay below this threshold. This gives you some time to become keto-adapted.

During this time, pay attention to what you’re eating. Note which foods in your repertoire have the most and fewest carbs and which are the most satisfying. Practice eating more mindfully.

Once you have a good handle on what a typical day of ketogenic eating looks like, you can start to loosen up on the food tracking. See how you feel and whether you’re still making progress toward your goals, whatever they might be.

As a compromise position, you could consider a period of lazy keto. Ignore how derisive the term is; lazy keto simply means that you only track carb intake. Otherwise, you let food intake vary from day to day based on hunger and what sounds good. It’s not truly intuitive since you’re enforcing a carb limit still, but it’s more relaxed than a keto diet where you adhere to set macros (carbs, fat, and protein).

Is Intuitive Keto an Oxymoron?

Having said all this, one could argue that intuitive keto is an oxymoron. On one side, strict keto dieters might say that your diet isn’t really ketogenic if you aren’t making sure to keep your carbs down. On the other, intuitive eating proponents will probably point out that there’s nothing intuitive about any way of eating that starts with enforced carb restriction. There’s certainly no such thing as intuitive keto in the way Tribole and Resch use the word intuitive.

This is both a semantic and a philosophical argument. If you eat only certain foods or food groups, but you eat as much of them as you want whenever you want, is that still eating intuitively? I can’t answer that definitively. (By the same token, could someone ever eat an intuitive carnivore or an intuitive vegetarian diet?)

Although keto purists might disagree, I do think it’s possible to eat a more chilled-out version of keto that:

Ultimately, intuitive keto probably isn’t the best term for it since both words already come with strong connotations. Flexible low-carb that doesn’t involve micromanaging but still gets the job done is too wordy. We’ll stick with “keto zone” around here for now, but I’m open to suggestions for what to call this. Let me know in the comments.

The post Can You Eat an Intuitive Keto Diet? appeared first on Mark’s Daily Apple.

A Training Journey – Working out and Setting Goals