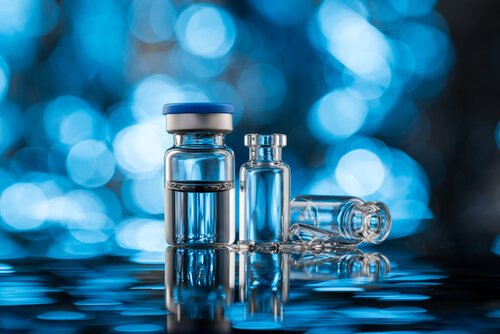 The use of certain inhaled anesthetics during breast cancer surgery may increase the risk of cancer spreading in the body, a new study done in mice suggests.

The study, “Distinct effects of general anesthetics on lung metastasis mediated by IL-6/JAK/STAT3 pathway in mouse models,” was published in Nature Communications.

Surgery to cut out a tumor (resection) remains a mainstay of cancer treatment; when feasible, it is often considered the optimal first-line therapy. Yet, cancer cells can metastasize (spread) to other organs, even after removal of the primary tumor. Such metastases are a major cause of cancer-related health problems.

In the new study, researchers tested this directly using mice. Breast cancer cells (both murine and human cells were used) were injected into the mice’s mammary tissue and allowed to grow into a tumor. Then, that primary tumor was surgically removed, with the mice anesthetized with either sevoflurane or propofol. After waiting a few more weeks, the researchers examined the mice’s lungs for the presence of cancer cell metastases.

They then conducted experiments to determine what was causing this effect. First, they tested whether continuously administering anesthesia (on several days over the course of weeks) increased metastases to a greater extent than just one administration (as was done for surgery). In the end, the researchers found that additional doses of sevoflurane did not increase the number of metastases.

Furthermore, when the cancer cells were exposed to the anesthetic in dishes, they were significantly less mobile — the exact opposite of what would be expected given the increase in metastases. Together, these results suggested that the metastasis-promoting effect probably is not because of the effect of the anesthetic on the cancer cells themselves.

IL-6 is an inflammatory signaling molecule that has been shown to play important roles in metastasis, so increased IL-6 is a potential mechanism for the increased metastasis. To validate this idea, the researchers used a small molecule to block IL-6 signaling. Doing so significantly decreased the number of metastases in sevoflurane-anesthetized mice, but had no effect in propofol-anesthetized mice.

They noted that, while animal models never perfectly recapitulate human disease, this finding “represents a step toward the evidence-based choice of anesthetics in breast cancer patients.”

How to Avoid Environmental Toxins