The antiviral properties of hydroxychloroquine are well known. The doubt is whether this property works against the pandemic Coronavirus. 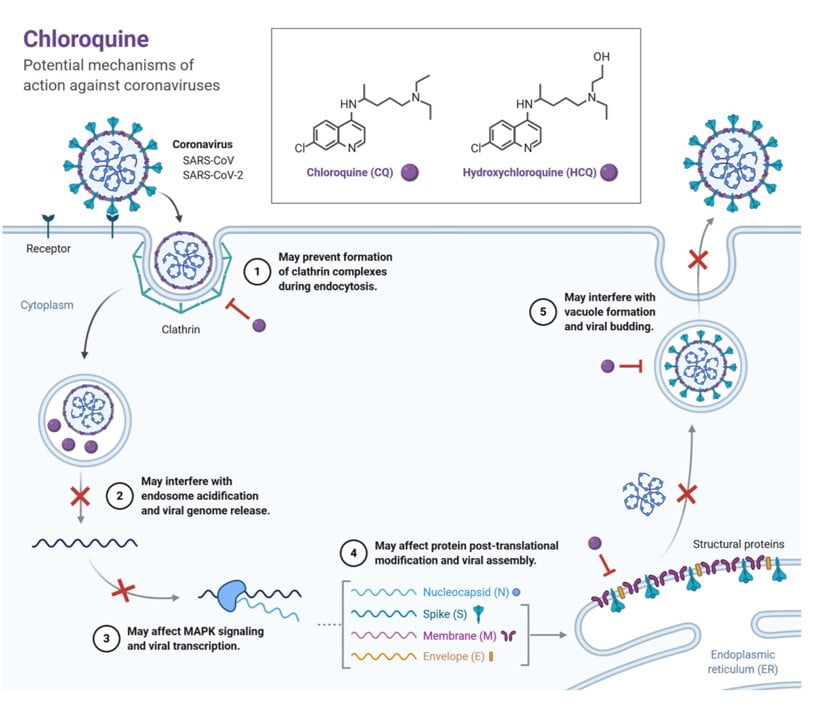 The study, all of us were expecting has come out. It concludes, While, many of us might think, its end of the controversy, but definitely not.

Why the top medical journal uses a term “unable to confirm” the benefits of HCQ on covid. Why it hasn’t concluded as “No benefit”  This is because , they know their limitations. They really believe their statistical Interpretation is still tentative, and the truth is yet to come out,  right ?

The main thrust for the negative results of this study is related to the loosely defined term ventricular arrhythmias. (Few asymptomatic  NSVT? Three VPDs enough? we don’t know ). Of course, combining two drugs that are known to prolong the QT interval is to be avoided. Further, it is a well known statistical principle that analysis from registries is not a good tool to assess the efficacy of a drug as they are retrospective. (Read the CSIR review of this  paper in the reference )

Chloroquine is not useful for Corona declares this Important study from Lancet,… but we also realize, this study may end up as neither landmark nor important. (The authors themselves are ready to accept this possibility)

As I finish this topic, I got to see the following response to this study from official  Indian authorities. From a major journal Science. Lancet has already reported a clarification and concern. Let us wait, there is more dram to follow. When coming to drug trials, why registries, meta-analysis, systematic reviews, even high-quality RCTs are bringing more controversy than clarity?

I leave the answer to our conscience. Post Corona, I wish we learn some harsh, new lessons, in contemporary scientific research & how it shall be conducted, interpreted, and reported without bias. The definition of “bias” itself needs some overhaul. (I will be called biased if I say the bulk of the published EBM is intrinsically biased! I guess there is good bias, if it leans towards truth.)

The impact of poor oral health in children

How to socialize in a pandemic