Home›Health Care›Dear Mark: What is Turkesterone, and Can It Help Me Build Muscle?
Health Care

Dear Mark: What is Turkesterone, and Can It Help Me Build Muscle? 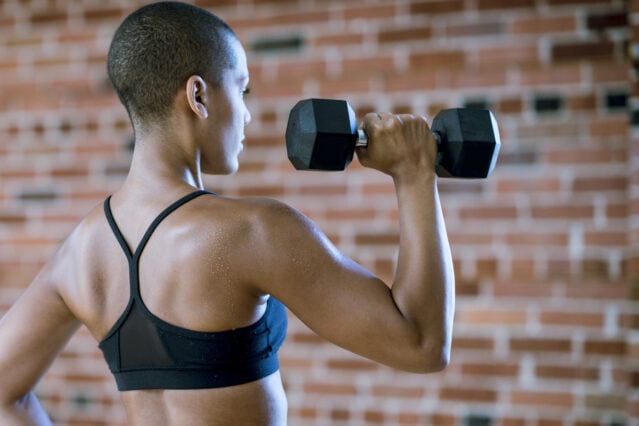 Turkesterone has exploded in popularity, but there isn’t much solid information to go on. Compared to supplements with reams of human research, like whey isolate or creatine or magnesium, you’re flying pretty much blind with turkesterone. I’ve had to sift through animal studies, murky Russian research, and anecdotes to bring you my best take on the compound.

It’s not the final word, but I stand by it for now.

So without further ado, let’s get into the questions.

Turkesterone is an ecdysteroid, a class of compounds that act as growth compounds in plants and insects. Think of ecdysteroids as cellular growth promoters, a kind of hormone. In insects, they regulate molting, growth, and morphogenesis. In plants, they deter predators. And in mammals, they may stimulate muscle protein synthesis. Several pathways have been proposed for this effect:

First, turkesterone may increase the efficiency of muscle protein synthesis—increasing it by over 100% in in vitro studies (and increasing rat grip strength in vivo).1

Second, turkesterone may increase the amount of leucine a given cell incorporates. Leucine, you may recall, is the most anabolic amino acid around.

Third, turkesterone and other ecdysteroids may bind to the estrogen receptor beta-type, which is associated with bone and muscle growth as opposed to the more classic “feminizing” effects seen with other estrogen receptor types.

Now, what can we glean from animal studies in the absence of human studies?

Animal studies are the start of human research. As mammals, we all share similar pathways for muscle gain, growth, and loss. There are differences to be sure, but there are also well-preserved similarities and redundancies.

There’s also a significant number of anecdotal reports from turkesterone users on online message boards and social media. You can’t base public health policy or write studies based on anonymous reports on Reddit, but you can read them for yourselves and judge whether or not you find them credible. Then you can choose to try the supplement or not.

And if you look back at the old Russian research, they reported some incredible results. Unfortunately, I can’t verify them. They’re all unavailable as full studies or even abstracts, and even if they were available they’d be in Russian. The only thing I saw was an unverified list of the results. Still, here they are:

In other words, these compounds supposedly do all the “Good Stuff” you look for in a supplement. That may very well be the case, but I can’t verify it.

Turkesterone is a naturally-occurring ecdysteroid that appears most abundantly in the plant Ajuga Turkestanica. Commercial turkesterone supplements all come from this plant. They are extracts of the plant and as “natural” as any other plant extract you might take.

Does Turkesterone Have Negative Side Effects?

Common (but not guaranteed) side effects include upset stomach, nausea, and diarrhea, usually at higher doses than recommended.

Luckily, turkesterone appears extremely safe and non-toxic beyond even the typical doses consumed by users. Most studies find that benefits start around 10 mg per kilogram of bodyweight, while oral toxicity only appears at 9000 mg per kilogram bodyweight. There is no danger of ever consuming anything close to 9000 mg, let alone 9000 mg for every kilogram of your bodyweight.

All in all, if you can afford turkesterone, you’re interested in gaining lean mass (or any of the other potential benefits), and you’re already training hard and eating well and sleeping plenty and doing all the other things you’re supposed to be doing, I’d give it a try for a month. Try to keep everything else consistent—diet, training, sleep, stress—so you can disentangle any effects of the supplement.

But if you’re barely training, staying up late, and eating poorly, don’t think that turkesterone is going to give you any results. Only try it if you’re doing everything right already.

I’d make a wager than turkesterone might also be helpful for preserving or even gaining muscle when cutting weight, if the studies on anabolism in animals on low calorie intakes are anything to go on.

It looks promising to me. The main downfall is that it’s not cheap and it’s difficult to find high-quality turkesterone you can trust. These products seem to be the best out there: Gorilla Mind, True Nutrition,

Anyone have personal experience with turkesterone? I’d love to hear how it worked—or didn’t—for you.

The post Dear Mark: What is Turkesterone, and Can It Help Me Build Muscle? appeared first on Mark's Daily Apple.

What is Lyme disease, and why do we need to be tick ...