For men under 50, the more cigarettes smoked, the higher the stroke risk 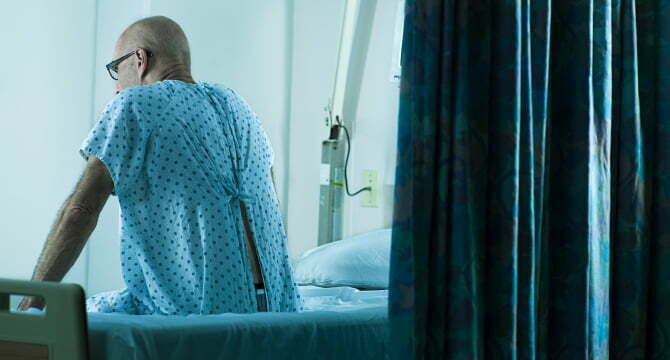 Men under 50 years old who smoke are 88 percent more likely to have a stroke than men who never smoked – and the number of cigarettes a day can move that risk up or down, according to new research.

The study, published Thursday in the American Heart Association’s journal Stroke, involved 1,145 men ages 15 to 49, including 615 men who had had a stroke. When the numbers were broken down by cigarettes smoked, those who had less than 11 cigarettes a day were 46 percent more likely to have had a stroke. Men with a two-pack-a-day habit had nearly five times – or 466 percent – higher risk for a stroke than people who never smoked.

“There was a clear-cut relationship between the number of cigarettes the men were smoking and their risk for stroke,” said Janina Markidan, the study’s lead author and a third-year medical student at the University of Maryland School of Medicine. “For each subgroup, the risk went up. The more you smoke, the more you stroke.”

The study was a look at a snapshot in time and didn’t record how long the study participants had a smoking habit. But it showed that former smokers – people who had more than 100 cigarettes in their lifetime but had not smoked for the 30 days leading up to the study – had made gains. Their risk was 42 percent, less than half that of current smokers.

“There’s hope,” she said. “Our number one takeaway is the best you can do for yourself is to never smoke, but if you quit now there are benefits you will see soon after quitting. So, it’s worth it to quit, even if it’s something you’ve been doing for a long time.”

The research didn’t include information on vaping, said Dr. John Cole, a study co-author and associate professor of neurology at the University of Maryland and Baltimore Veterans Affairs Medical Center.

“But it is reasonable to consider the inhalation of a variety of chemicals through vaping to also be toxic,” he said. “I urge individuals to not vape, as the health risks associated with vaping are unknown. Further research regarding vaping and stroke risk is required.”

“Unfortunately, younger populations, particularly those who might not be medically sophisticated don’t perceive the same degree of risk,” said Furie, who was not part of the research. She is chair of the AHA’s Stroke Council, which promotes research and education. “It may be that they believe their youth will be protective. Stroke in younger people is unusual but can occur. This study demonstrates that risky behaviors early in life do increase risk.”

Smoking, of course, is commonly known as a major risk factor for cardiovascular disease. But Markidan said the study’s findings connecting the number of cigarettes to stroke risk is as important as ever. In a span of about a decade, smoking rates for men and women who have been hospitalized for stroke increased from 5 percent to 16 percent, a 2017 study found.

University of Maryland researchers have worked on other smoking studies, and their work a few years ago showed young women had the same increased risk for stroke, depending on how many cigarettes they smoked.

“This shows the risk is not sex-specific,” Furie said. “So, for people providing care for young adults, the message should be the same for both men and women, to stop smoking as soon as possible.”

Cole said while smoking is a well-established risk factor for stroke, it’s a unique one.

“It is fully under the individual’s control,” he said. “While for many individuals quitting can be challenging, they do have the ability to do so, and hence directly reduce their own stroke risk. Despite our dose-response findings, in the end, it is best to completely stop or never start in the first place.”

The post For men under 50, the more cigarettes smoked, the higher the stroke risk appeared first on News on Heart.org.

Infections could trigger stroke in pregnant women during hospital delivery