Fresh Versus Frozen Food: Which Is More Nutritious? 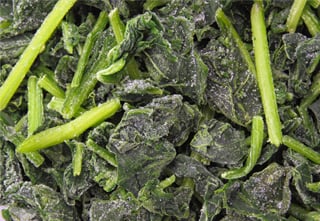 In the hierarchy of vegetables, the best choices are fresh, in-season, and local.

Realistically, though, that’s not always going to happen. For one thing, some of you live in climates where access to a variety of local and in-season vegetables isn’t a thing. Likewise, your neighborhood might have a dearth of supermarkets, so you have to make a trek to find fresh produce.

Although home-grown is the best of the best, I know that saying, “Just grow your own!” is presumptuous on a lot of levels. Assuming that you have the space and resources to plant a garden, time is a big consideration. Plus, once they’re grown, preparing fresh vegetables takes more time than preparing frozen or canned, which are already washed and chopped for you.


All this is to say, I’m sure many of you find yourself turning to frozen and canned vegetables—as well as fruit, seafood, and meat—for reasons of availability and convenience. You might wonder if you are sacrificing any health benefits or if I’m giving you the side-eye for eating vegetables that aren’t farm-fresh. Let me put those concerns to rest.

Article Summary show
Fresh vs. Frozen Fruits and Vegetables
Are Frozen and Canned Foods Inherently Less Primal?
Frozen Vegetables and Fruit: As Good As Fresh?
From Farm to Table
What happens to a food’s nutrients when it’s frozen after it leaves the farm?
Fresh vs Frozen: The Data
Go Ahead and Shop the Freezer Section
Don’t ignore the frozen fruits and vegetables in your grocery store’s frozen aisle.
Fresh or Frozen Meat and Seafood?
Frozen may be as good as fresh when it comes to fruits and vegetables, but does this apply to meat and seafood as well?
Related Articles: Frozen Foods
References

Fresh vs. Frozen Fruits and Vegetables

If you’ve been avoiding frozen or canned foods because you think you’ll have to turn in your Primal card, be assured that isn’t the case. Grok would not have frozen or canned foods, that’s true. Food preservation is nothing new, though. Our ancestors dried, smoked, salted, and fermented foods for “shelf life.”

Anyway, just because a technology is new does not mean it’s “un-Primal.” I am not now, nor have I ever been, opposed to using modern methods of food preservation and storage that make it safer or more convenient to eat healthy foods. I like safety and convenience.

That said, I have historically avoided canned vegetables in the store due to concerns over BPA in the can linings. (Home-canned in jars is different, of course. I’m all for home canning.) Since people sounded the alarm about BPA in the past decade, industry reports suggest a significant number of manufacturers have moved away from BPA-lined cans, but not all of them.

I still strongly favor frozen over industrially canned vegetables. If nothing else, the taste and texture are usually superior. Nutritionally, though, the data show that frozen and canned are comparable overall.1 2 3

Frozen Vegetables and Fruit: As Good As Fresh?

The frozen food industry dates back to 1925, when Clarence Birdseye began quick-freezing fish. It really took off after WWII as more homes had freezers. Since then, food scientists have worked to improve freezing, packaging, and transporting methods so that today (spoiler alert!) frozen foods are nutritionally comparable to their fresh counterparts. They also taste better and maintain a more pleasing texture and appearance compared to our grandparents’ frozen options.

Purely from an enjoyment perspective, some foods are equally good fresh or frozen (green beans, berries), while others are far better fresh in my opinion. It depends on how you use them, too. I’d far rather roast fresh broccoli, but frozen broccoli is perfectly fine for making broccoli soup.

But taste and texture aren’t the only considerations. I’m sure you’re also wondering about the nutritional value of fresh versus frozen. Let’s take a look at the data.

From Farm to Table

What happens to a food’s nutrients when it’s frozen after it leaves the farm?

Factors that affect nutrients in the produce you buy, whether fresh or frozen, include:

Frozen vegetables are typically blanched before freezing to halt enzymatic reactions. Blanching cleans the vegetables and preserves flavor and texture, but the heat also reduces the levels of some nutrients, notably vitamin C. On the other hand, fat-soluble vitamins like vitamins A and E and carotenoids are released from their cellular matrices by heat, possibly making them more bioavailable, though the jury is still out on that.

Even if there is an initial loss of some nutrients in the freezing process, this seems to even out by the time the vegetables make it to your plate. Supermarket produce might have been in the supply chain for several weeks before you even purchase it, and it was almost certainly not allowed to fully ripen before harvesting.

Even if you buy your produce at a local farmer’s market, several days to a week might pass before you consume it. During that time between farm and plate, nutrients are oxidizing and degrading. On the other hand, frozen vegetables are usually picked at the peak of ripeness and frozen as quickly as possible to preserve the nutrients.

Fresh vs Frozen: The Data

These findings are typical. Compared to fresh vegetables, frozen compare favorably in study after study. For example:

I could go on, but you get the picture. Note that across all the studies, results varied somewhat between different types of produce and nutrients, and researchers only measured key vitamins. More studies are needed to examine other nutritive compounds, as well as to explore the bioavailability question.

Don’t get caught up in the minutiae, though. Looking at the big picture, researchers consistently agree that taking everything into consideration, frozen is on par with fresh-stored. Frozen vegetables also have favorable nutrient-to-price ratios.9

Go Ahead and Shop the Freezer Section

Don’t ignore the frozen fruits and vegetables in your grocery store’s frozen aisle.

The fact is, you can’t stand in a grocery store with a head of fresh cauliflower in one hand and a bag of frozen florets in the other and know for sure which has more nutrients. There’s no reason to feel bad about choosing frozen over fresh, especially when fresh seasonal and local options are lacking.

Consider, too, that if you’re pressed for time and choosing between a frozen meal containing vegetables or grabbing a drive-thru meal, the frozen food is very often the better choice. Using data from the National Health and Nutrition Examination Survey (NHANES) longitudinal study, researchers compared adults who reported eating frozen meals or “restaurant fast food/pizza.”10 Using the standardized Healthy Eating Index, the frozen meal eaters scored higher overall and higher for total vegetable intake and total protein food. They also had a lower intake of refined grains and empty calories.

A separate analysis of NHANES data showed that people who eat frozen vegetables eat more total vegetables and get more fiber, potassium, calcium, and vitamin D than those who don’t.11

In terms of covering your nutrient bases, your best option is to choose a wide variety of produce, fresh and local when available, and frozen as a good option when needed. If you can grow some fresh herbs and a tomato plant outside your window, all the better.

Fresh or Frozen Meat and Seafood?

Frozen may be as good as fresh when it comes to fruits and vegetables, but does this apply to meat and seafood as well?

The expert consensus is that frozen meat and seafood are also nutritionally on par with fresh.

For fish in particular, freezing is the only viable way besides canning for many consumers to access safe products. According to the Seafood Storage Guide from the National Fisheries Institute, most fresh fish (not shellfish) should be eaten within 36 hours of catching.12

As a final note, if you opt for frozen food products, check out the USDA Freezing and Food Safety fact sheet and USDA guide to Safe Defrosting Methods to make sure you are maximizing safety and quality.

The post Fresh Versus Frozen Food: Which Is More Nutritious? appeared first on Mark’s Daily Apple.

Adrenal Cocktail Recipe and why you should try it

Third Person Living With HIV Has Been Cured by Transplant