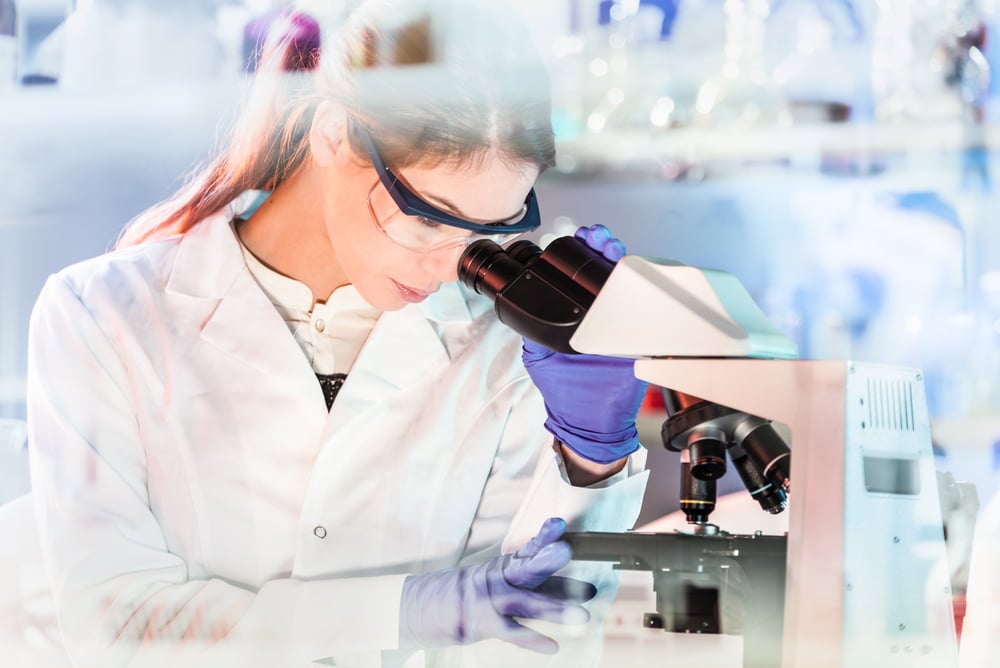 Scientists have discovered a gene signature in certain types of breast cancer that can be used to determine the likelihood of these tumors responding to treatment with a new class of anti-cancer medications known as Smac-mimetics.

Triple-negative breast cancer (TNBC) was one of the best responders, suggesting these agents may be adopted as a new line of therapy for this difficult-to-treat form of breast cancer in the future, investigators noted.

Their findings were reported in the study, “Targeting triple-negative breast cancers with the Smac-mimetic birinapant,” published in the journal Cell Death & Differentiation.

Smac-mimetics are a new class of targeted therapies that work by mimicking the effects of naturally-produced Smac proteins. These proteins promote cell death by curbing the activity of inhibitor of apoptosis proteins, which are associated with tumor survival and cancer progression.

Some Smac-mimetics, including LCL161 (developed by Novartis) and birinapant (jointly developed by TetraLogic Pharmaceuticals and Medivir) have entered clinical testing in Phase 2 trials as potential anti-cancer therapies for a variety of solid tumors, including breast cancer.

“Unfortunately there is still some uncertainty as to which cancers will respond to Smac-mimetics. While birinapant appears to be a safe therapy for cancer patients and has entered Phase 2 clinical trials, it has been hard to predict which patients will respond to this drug,” Najoua Lalaoui, PhD, researcher at the Walter and Eliza Hall Institute, and first author of the study, said in a press release.

Investigators were particularly interested in finding if these compounds could be effective against specific types of breast cancer, including TNBC, which usually fails to respond to other types of targeted therapies and only responds to chemotherapy.

Using patient-derived breast cancer cells cultured in a lab dish, investigators found that birinapant was particularly effective at destroying cancer cells that had been obtained from patients with TNBC and estrogen receptor-positive breast cancer.

These findings were later confirmed by experiments performed in immunodeficient mice (animals that lack a functional immune system) that had been transplanted with patient-derived tumor samples.

After discovering that some types of breast cancer responded well to treatment with Smac-mimetics, the researchers focused on investigating the reasons why these specific types of cancer were more susceptible to these compounds.

“To do this we worked with a bioinformatics team led by Professor Gordon Smyth to look for whether there was a pattern in which genes were turned on or off in sensitive — but not resistant — breast cancers,” Lalaoui said.

They found a specific set of genes that encode for activators of Smac-mimetics that were highly active in TNBC cancer cells, the type of cancer found to be particularly susceptible to treatment with birinapant.

They then concluded that this specific gene signature that was associated with increased tumor sensitivity to Smac-mimetics could be used to determine which types of tumors are most likely to respond to treatment with these agents.

According to Lalaoui, this discovery may have important implications not only for breast cancer, but also for other types of malignancies.

“If other cancers have the ‘sensitive’ gene signature, we would predict they would be the most likely to respond to Smac-mimetics in clinical trials. This is certainly an area we would like to look at further,” she said.

In addition, scientists noted the discovery that TNBC was particularly susceptible to Smac-mimetics could open the door to the launch of new clinical trials assessing the safety and efficacy of these compounds for this difficult-to-treat form of breast cancer.

“Better treatment options are urgently needed for women with relapsed triple negative breast cancer, and it would be great to see clinical trials of Smac-mimetics aimed at treating this clinically aggressive form of breast cancer,” said Geoff Lindeman, MD, PhD, oncologist at the Peter MacCallum Cancer Centre, and co-author of the study.

A Daily Self-Care Routine Just For You