How black cardiologists are combating a heart problem affecting millions 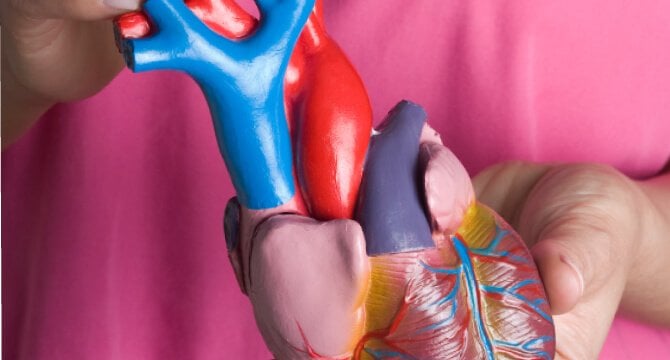 Doctors and African-American communities are obligated to learn more about heart valve disease and the lifesaving procedures available to treat it, according to a report from the Association of Black Cardiologists.

“It is incumbent upon us as health care providers [to] do a better job educating our patients about heart valve disease,” said Dr. Aaron Horne Jr., an interventional cardiologist at Methodist Dallas Medical Center.

Horne co-chaired the Structural Heart Disease Committee of the Association of Black Cardiologists that last year released recommendations on how to address the disparities in care for minorities with heart valve disease. The organization now intends to team up with local doctors, barbers, clergy and health advocates in black communities to promote awareness of heart valve disease and its treatments when it rolls out an educational campaign in June.

Lionel Phillips, the organization’s development officer, said the group will hold presentations and health fairs in six states, including California, Texas and Virginia. He said the cardiology association will tap into the informal health education network in those communities because, “for people to buy into a health message, they certainly have to hear it from people they trust.”

One type of valve condition that usually develops later in life but can also occur at birth is aortic stenosis – a narrowing and stiffness in the aortic valve, a valve that controls the blood flow from the heart to the rest of the body, causing symptoms such as chest pain, shortness of breath and swelling in the ankles and feet.

Valve conditions can often be treated with medication. But sometimes the problem requires surgery to repair or replace a damaged valve. Options for replacing a valve include open-heart surgery and less invasive transcatheter procedures.

When it comes to treatment for heart valve disease, studies have found race-related differences. For instance, a 2013 study showed African-American patients with aortic stenosis – a narrowing of the aortic valve opening – were more likely to decline valve replacement surgery than European Americans.

Horne co-authored another study published last year that found black patients hospitalized for heart valve disease at Methodist Dallas were 54 percent less likely than white patients to be referred to a specialist for surgery.

Dr. Benjamin Cruz, the lead author of that study, said the lower referral rate may be linked to doctor bias — a potential barrier that doctors should be made aware of and work to overcome starting in medical school.

“Only education will be able to break through” biases — and hopefully change physicians’ behavior, said Cruz, now a heart failure and heart transplant fellow at the University of Birmingham in Alabama.

Dr. Keith C. Ferdinand, professor of medicine at Tulane University in New Orleans and former chair of the Association of Black Cardiologists, said doctors should take the time to learn as much as they can about their patients to better understand how their home life, work environment, educational background and personal relationships affect their health.

Ferdinand emphasized the need for doctors to learn how to talk to patients. The complicated words many doctors use to describe diseases and treatments can scare or confuse patients, he said, which may influence whether they decide to have a procedure such as valve replacement, which can extend survival and lessen symptoms.

Both Horne and Ferdinand noted that black patients can also benefit from efforts to bring surgical procedures to treat heart valve diseases to more hospitals that serve a predominantly black population.

“We think that we’re just missing out on too many patients,” Horne said.

The post How black cardiologists are combating a heart problem affecting millions appeared first on News on Heart.org.

Pets, the not-so-secret weapon to help patients recover from what ails them