How to Manage Unproductive Anger 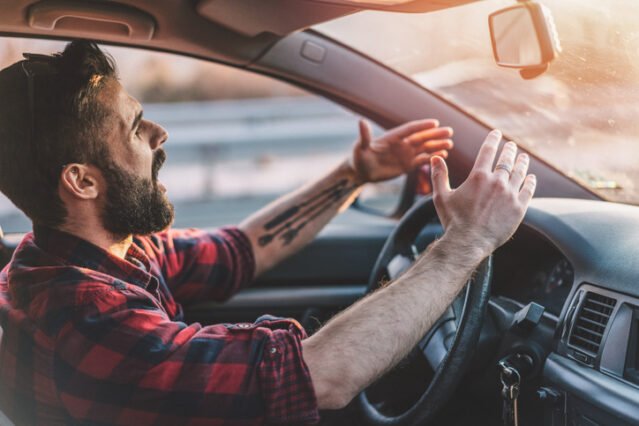 If you ask the average person on the street to list “Primal emotions,” anger will be one of the first examples they offer. You understand why: It’s raw. It’s overpowering. It feels like it comes from deep down below, from somewhere instinctual. To most people, anger is the realest emotion of all because it’s so sure of itself. There’s no mistaking anger.

Though anger has a negative connotation these days, it’s there for a reason. All emotions have a purpose. If they didn’t, emotions as a physiological category wouldn’t have arisen and survived millions of years of evolution. An emotion is an adaptation to an environmental condition. Anger exists because it promotes—or promoted—a survival advantage. Those animals who felt something approximating anger outcompeted those who didn’t. That’s what it comes down to.

On the surface, anger is a self-protective adaptation. By showing anger, we display a capacity for aggressive action to those who would threaten us or our tribe—and most socially astute, reasonable people (and even many animal predators) will retreat in the majority of situations. Anger, in this way, is part of the “checks and balances” system inherent to our social contracts. It gives the other party pause to consider whether it’s really worth the trouble to encroach.

But like other emotions, anger is also an internal messenger. When we feel the rush of anger overtake us, that’s an internal signal that a line has been crossed. Maybe someone has threatened or harmed a loved one. Perhaps you’ve become aware of an injustice. And when a line has been crossed, anger is your signal to act: to defend yourself, your family, your integrity, your home, or your ideals.

Unfortunately, the line isn’t always worth defending. Sometimes we mess up and feel angry over something silly. A line has been crossed, but it was a ridiculous line that doesn’t objectively deserve the response. That’s what we need to figure out and manage: why are we angry and what can we do about it?

You certainly can’t just ignore it. The visceral energy of anger is remarkably durable. Because it’s a fact. It exists. It will come up. Lines will be breached. Most of us no longer live in the same ancestral environment where raw unfiltered anger makes obvious sense, but arise it will all the same. We kid ourselves if we think we’re immune to its inherent human force. How can we keep it reined in enough to not thwart our own well-being or run afoul of the law? How can we control or manage it—even channel it? In short, how can we have and express well-deserved anger without getting burned by it?

Article Summary show
Tips for Managing Anger (So It Doesn’t Manage You):
Practice mindfulness, and bring that deep awareness to anger when it rises.
Get back in your body while you’re at it.
Ask if it’s really worth getting angry.
Keep going.
Transmute your anger.

Tips for Managing Anger (So It Doesn’t Manage You):

Practice mindfulness, and bring that deep awareness to anger when it rises.

This isn’t about leaving society. It’s simply about being cognizant of what you’re feeling and how those feelings unfold in you. To do this, we learn to stop identifying with our feelings and come to observe them instead. Mindfulness practices can be essential here. And it doesn’t have to be as involved as an hour long meditation. Alternatives exist. The “count to ten and breathe deeply” stuff you tell kids trying to handle their anger works on adults, too.

Get back in your body while you’re at it.

Use the awareness to feel yourself become flushed in the face. Notice the blood retreat from your extremities. Sense the emotional force rising in our abdomens or pulsating in your forehead. Then breathe into those sensations, disarming each before they take off into uncontrolled rage. With practice, we can nip anger (when we deem it unproductive) in the bud by not trying to manipulate ourselves emotionally but by putting our full focus on physical “symptoms” and addressing those.

Ask if it’s really worth getting angry.

Taking a step back in the heat of the moment—or better yet before the anger actually erupts—to objectively assess the merits of your anger can make a big difference. Long commute? Sure, that’s annoying, but is it worth it to get angry? Who is it helping? What adaptive effect is the anger producing? Remember: anger is suppose to be beneficial. It’s supposed to trigger positive results, actions.

Follow the thread of your anger to determine who or what you’re really angry about. If you’re angry at your long commute, are you angry at the traffic? The other drivers? Your boss? Probably not. Maybe you’re actually angry at yourself for getting yourself into this position. See? Now we’re getting somewhere.

Or maybe you’re angry at something you saw on the news. Some politician said something, and now your day is ruined. What’s that about? What the hell are you doing to yourself? How can you avoid this kind of anger in the future? Politicians are always going to say and do infuriating stuff. What if—stay with me now—you stopped listening?

Remember how anger is an emotional reaction to a perceived breach of your line?

Our lines are porous these days. Whereas most ancient humans did meaningful work, had plenty of leisure time, slept when it got dark, ate whole natural foods, and knew nothing of what transpired the next village over, the standard baseline setting for the modern human is tons of chronic stress, not enough sleep, poor diets, too much news consumption, unfulfilling jobs, and a disrupted, discordant way of life. In many ways, our lives are harder and we are more susceptible to anger than ever before. We know more things and thus have more to be angry about, and when we get angry we are less equipped to deal with it.

Your family being threatened is one thing. That always deserves anger. There’s no getting around that. But if you find yourself blowing up over silly things on a regular basis, or everything, you need to fortify your line. Keeping your micronutrient intake up, getting regular physical activity, sleeping enough, managing your stress, taking care of business in general, limiting your news intake, finding a higher purpose or power toward which to strive—these are the baseline anti-anger interventions.

Modern life can keep us peaceful—or subdued, depending on how you look at it. Some folks do well with this, while others just don’t. Your quick temper might be a sign you’re not getting your thrills from the physical risk and adventure you inherently crave. It’s not wrong to feel aggression, but it should be directed in a healthy direction. Instead of picking fights with strangers in the parking lot, try martial arts, boxing lessons, or competitive sports.

Anger is energy, unfulfilled. Directionless energy that has to go somewhere, has to express itself. If there are things in your life you aren’t taking care of, that frustration can explode outward as anger—often in response to something otherwise inconsequential or minor. Direct the simmering energy within toward a productive outlet.

Thanks for reading, everyone. How have you learned to manage your anger? What role does it play in how you operate day to day?

The post How to Manage Unproductive Anger appeared first on Mark’s Daily Apple.

Why won’t some health care workers get vaccinated?