In Memory of Dr. Lewis Kay, a Gentle Giant in Pediatric Dentistry

Dental Lifeline Network (DLN), along with the pediatric dental community and colleagues throughout New Jersey, is mourning the loss of one of our most beloved dentists, Dr. Lewis Kay. 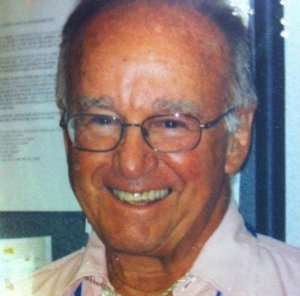 In DLN’s earliest days in the 1970s, Dr. Kay was instrumental in bringing preventive and therapeutic services to people with developmental disabilities throughout New Jersey where he practiced and treated children and adults with special needs. He was a strong advocate for funding care for these vulnerable individuals, oftentimes appearing before the state legislature and meeting with funding organizations.

“Lew was a driving force behind the development of our fledgling organization,” said Fred Leviton, president and CEO, DLN. “About ten years later, New Jersey was one of the pioneering states for the Donated Dental Services (DDS) program in which dentists donate comprehensive treatment for people with disabilities who are elderly or who are considered medically fragile. Dr. Kay once again was a vocal advocate.”

After retiring from private practice, Dr. Kay joined the faculty at Temple University.

Often recognized by his peers and the community, Dr. Kay was the recipient of various awards and accolades. As a member of the Dental Identification Unit after the September 11th attacks in 2001, he was recognized for his outstanding service and extraordinary effort. In 2011, Dr. Kay was the inaugural recipient of The Dr. Lewis A. Kay Excellence in Education Award. The eponymous award was established by Pediatric Dental Associates to be presented by The American Academy of Pediatric Dentistry to the director of a pediatric dental program, who is determined to best exemplify the dedication, commitment, and leadership of the late Dr. Kay.

Dr. Kay will be missed by his family, his former patients, his fellow practitioners and his loss will be mourned by the entire dental community. At DLN, his spirit will live on as we continue to connect vulnerable individuals to comprehensive dental care, regardless of their ability to pay for treatment.

Contributions in his memory can be made to The Dr. Lewis A. Kay Excellence in Education Award via The American Academy of Pediatric Dentistry in Chicago, Samaritan Hospice of South Jersey or a charity of one’s choice.

The post In Memory of Dr. Lewis Kay, a Gentle Giant in Pediatric Dentistry appeared first on Dental Lifeline Network.