Infections could trigger stroke in pregnant women during hospital delivery 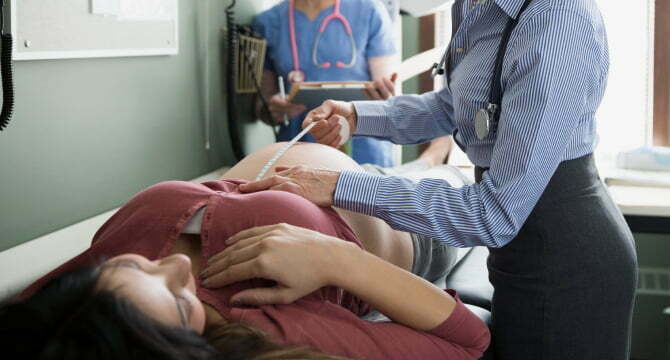 Pregnant women who have an infection when they enter the hospital for delivery might be at higher risk of having a stroke during their stay, according to new research.

The study, published Friday in the journal Stroke, tried to determine if infections contribute to stroke risk during peripartum, a term meaning shortly before or after childbirth.

While maternal strokes are rare – only about 30 of every 100,000 pregnancies – they carry a high rate of fatality.

“We wanted to get a handle on this because stroke is one of the major causes of maternal mortality in this country,” said the study’s lead author, Dr. Eliza Miller, an assistant professor of neurology at Columbia University Medical Center. “We wanted to see if infections could possibly trigger a stroke in a woman who doesn’t have a lot of risk factors, in the peripartum period.”

Researchers studied data from nearly 2.8 million women admitted to hospitals to give birth in California, New York and Florida from 2007 to 2011 – including 455 patients who suffered a stroke during their stay.

Researchers concluded the women were 1.74 times more likely to suffer a stroke if, when they were admitted, they had any type of infection, including urinary tract, gastrointestinal, respiratory, sexually transmitted, and sepsis, a life-threatening infection in the bloodstream.

Miller said the women with urinary tract infections were 2.56 times as likely to suffer a stroke during their hospital stay, and those with the sepsis were 10.4 times as likely.

“What’s interesting about this is the idea that inflammation in the body is somehow triggering the results,” Miller said. “It makes sense that someone who has sepsis and very high levels of inflammation would have an even higher risk.”

Dr. Cheryl Bushnell, a neurologist and director of the Stroke Center at Wake Forest Baptist Medical Center, applauded researchers for looking at the connection between inflammation and stroke among women giving birth.

“The relationship between infections and stroke has become more and more recognized, and this study takes a deeper dive into inflammation as the potential trigger,” said Bushnell, who was not involved in the study. “The approach is definitely novel … analyzing a very specific population.”

Both Bushnell and Miller pointed out the limitations of the study, including a lack of a clear cause-and-effect relationship.

“Observational studies like these don’t necessarily prove anything,” Miller said. “But it’s good for giving us clues to what’s going on here and generating ideas for future research.”

Bushnell said she’d like to see broader studies done around the world on the topic, as well as research that focuses specifically on how antibiotics might reduce the risk of stroke among women giving birth.

In the meantime, Miller said that although stroke is rare during pregnancy, women and their doctors should be vigilant about recognizing warning signs for a stroke.

“From the doctor’s perspective, an infection should raise a little red flag, especially for those who are already are at higher risk – for example, women with preeclampsia, which is a kind of severe form of high blood pressure during pregnancy,” Miller said.

“For women, it’s important not to dismiss a really bad headache or any other stroke symptoms around the time of delivery. It’s important to understand what to do if you think you’re having a stroke, which is to call 911 immediately, because with a stroke, time is of the essence.”

The post Infections could trigger stroke in pregnant women during hospital delivery appeared first on News on Heart.org.

For men under 50, the more cigarettes smoked, the higher the stroke ...