Home›Heart Disease›Issues in thrombolysis: There may not be anything called “Absolute contraindication”
Heart Disease

Issues in thrombolysis: There may not be anything called “Absolute contraindication”

A middle-aged man with STEMI  came to our CCU.  It is just another case of STEMI and asked my fellow to lyse. 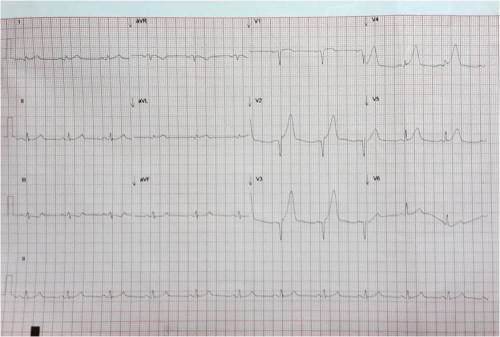 But it was not the case . He, told me, Sir, the patient had a syncope following chest pain and he has injured his face and Jaw. He was actively bleeding. When I saw this face, it was indeed  frightening. What shall we do ? When a patient  with STEMI presents with bleeding facial Injury

We took a (bold ? ) decision to thrombolyse with streptokinase.(After  a CT scan which ruled out any Intracranial bleed like hematoma etc) Clopidogrel was also given.

Patient continued to bleed in the initial 3 hours and was oozing in the next 12 hours. Blood transfusion was contemplated, but it was not required. Dental surgeon opinion was sought, his teeth were pulled and a compressive bandage was applied.It arrested the bleeding.The ECG settled down.LV function was almost normal with minimal wall motion defect. He is posted for a coronary angiogram later.

There may not be anything called “Absolute contraindication” everything appears relative

I presented this in the weekly clinical meet,  with a tag line of  How to save a patient, apparently by violating a standard guideline. Not surprisingly, It evoked laughter amusement from learned physicians. I wasn’t. Guidelines are meant to guide us agreed.They can not command us. They are not legally binding documents as well! Many lives can be saved if only we have the courage to overrule when it’s required.

Had this patient has bled to death during lysis what would have happened to the treating doctor? (or )If the patient has died due to MI, because of deferred thrombolysis, what would be the line of argument?

This case scenario is a non-issue as of today. With so much experience, we straight away do PCI . Just manage the oral bleeding if any.

Synthetic vs. Human Hair Wigs: Which Fiber Type is Right for You?