Merck to Launch Ontruzant, a Herceptin Biosimilar, in US 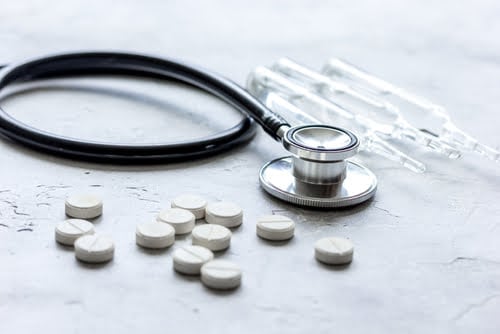 Ontruzant (trastuzumab-dttb), a biosimilar to Genentech‘s Herceptin (trastuzumab), will now be made available in the U.S. as a treatment for HER2-overexpressing breast cancers as well as for stomach cancers, according to a press release from Merck.

Merck will be launching the antibody treatment in the U.S., as part of an agreement with Samsung Bioepis, Ontruzant’s developers. It will be available for the same indications as Herceptin.

The U.S. Food and Drug Administration (FDA) had approved the biosimilar in January 2019 based on extensive data that showed a high degree of similarity between Ontruzant and Herceptin with regard to safety, purity, and potency.

The treatment will be available as a 150 mg single-dose vial, as well as a 420 mg multiple-dose vial.

Ontruzant is a biosimilar of Herceptin, which won FDA approval in 1998 for treating HER2-positive patients. Biosimilars are medical products that are nearly identical to approved therapies, but are manufactured by a different company after the patent for the original therapy expires.

Several biosimilars to Herceptin have already been approved and marketed in the U.S. These include Teva and Celltrion Healthcare’s Herzuma, Amgen and Allergan’s Kanjinti, Mylan and Biocon’s Ogivri, and Pfizer‘s Trazimera.

Biosimilars are usually available at a lower cost than the original medication. Ontruzant prices will be $1,325 for the single-dose vial and $3,709 for the multiple-dose vial, 15% lower than Herceptin, according to Merck, which also noted that the final cost to the consumer will be much lower than those listed, due to discounts issued to providers, patients, and distributors.

Like Herceptin, Ontruzant is an antibody treatment that targets the HER2 protein, which is expressed at high levels in up to 30% of breast and stomach cancers. Once it binds to HER2, Ontruzant disrupts key signals for cancer cell growth and survival. That triggers cancer cell death, and recruits immune cells to the cancer’s surroundings.

Ontruzant is given as an additional treatment for HER2-overexpressing, node-positive or node negative breast cancer. It also can be given to patients on a regimen of doxorubicin, cyclophosphamide, and either paclitaxel or docetaxel, or those being treated with docetaxel and carboplatin.

The medication also may be prescribed as a single treatment following a combination anthracycline-based therapy.

For metastatic breast cancer, which has spread to another part of the body, Ontruzant is indicated in combination with paclitaxel for a first-line treatment and as a single treatment for patients who have previously received at least one form of chemotherapy.

It also is indicated for metastatic stomach cancer with high levels of HER2, in combination with cisplatin and capecitabine or 5-fluorouracil.

In all cases, patients can be selected for therapy based on an FDA-approved companion diagnostic to determine eligibility for Ontruzant treatment.

The use of Ontruzant is associated with some risks, including cardiac failure and serious infusion reactions — an immunological response to the administration of an antibody treatment. The medication is not recommended for pregnant women as it may cause fetal harm.

The distribution of Ontruzant in the U.S. will eventually be controlled by a new company that Merck is creating from its Women’s Health, Legacy Brands and Biosimilars businesses, the company said. The new company is expected to launch in the first half of 2021.

The post Merck to Launch Ontruzant, a Herceptin Biosimilar, in US appeared first on Breast Cancer News.