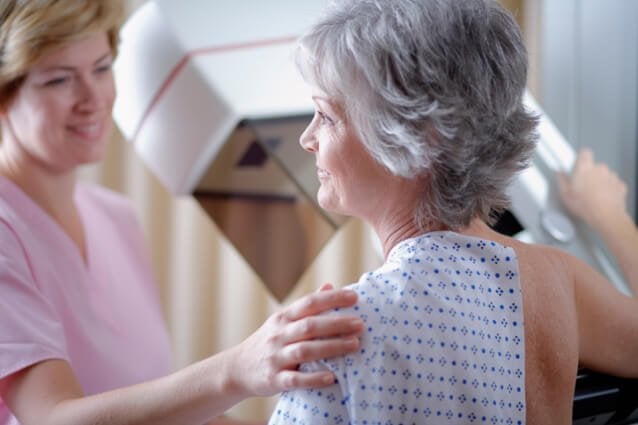 When to get screened for breast cancer with a mammogram has been under debate for years, with some professional organizations recommending the early and often approach and others questioning the usefulness of mammograms all together. Now the American Cancer Society (ACS) has weighed in with new guidelines about when to get screened. The recommendations could affect the way women across the United States get screened.

The Importance of Screening Tests

Breast cancer is a great example of an illness that’s often easier to treat or prevent in the early stages. Many breast cancers can be removed or treated more effectively in the early stages of disease. Once they become obvious and cause a lot of symptoms, they’re often harder to remove and treat. As a result, doctors have come up with several screening tests for breast cancer, including mammograms and manual exams, to try and catch them before they become extensive and untreatable.

The problem with any test, including the mammogram, is that it’s rarely 100% accurate. Some people will have tests showing they have breast cancer when they actually don’t (called a false positive) and others will have tests showing they don’t have breast cancer when they actually do (called a false negative). How likely you are to believe a positive or negative result depends mostly on three things:

Whether or not a mammogram or breast exam says you have cancer isn’t absolute. Instead, it’s a careful balance of the factors mentioned above. If every woman of every age were screened regardless of their risk with a test that wasn’t very specific, the result would be a lot of false positives.

The Risks of Testing

The problem with the workup after a positive exam is that it carries numerous risks and possible harms. A positive mammogram test causes many women to worry unnecessarily that they have breast cancer. While this might not seem like a big deal, weeks or months can pass between different parts of the workup and women may live in limbo worrying they might have cancer for long periods of time. Some choose not to get further tests for fear of false positives in the future. The tests done to verify mammograms or manual breast exams can also lead to complications. Biopsies of breast masses can lead to deformity, pain, and infection that can lead to loss of the breast in rare cases. In some situations, women may undergo cancer treatment for cancers that are slow growing and would never have posed any real threat to their life. Treatments like chemotherapy, radiation, and surgery can all have long-lasting and sometimes serious health consequences. Deciding to get a screening exam means the risks of not screening outweigh the benefits.

These factors caused the ACS to look at the groups at highest risk, the risks and benefits involved in treatment, and new studies about how many false positives and false negatives occur when using manual breast exams or mammograms. Since many new studies had come out since the last recommendations were made in 2003, they thought it was important to revise their earlier position to make it more in line with new research with the goal of making sure only the women who needed screening were getting it.

The guidelines are as follows:

If you’re between 40 and 45, it’s your decision to start mammograms, but it’s not clear that the risks will outweigh the benefits and you should have a conversation with your doctor about whether you really need to start so early. In addition, yearly screenings may not be necessary. Getting screened yearly increases the likelihood of a false positive result, but may also pick up a cancer earlier. Women over 55 may benefit from moving to an every other year schedule to minimize their chances of a false positive. Finally, these guidelines recommend never doing manual breast exams, either at home or in the clinic. This is because these exams aren’t specific or accurate enough to tell what’s cancer and what’s not. They lead to many false positives and women getting procedures they really won’t benefit from.
For more information, visit the American Cancer Society.