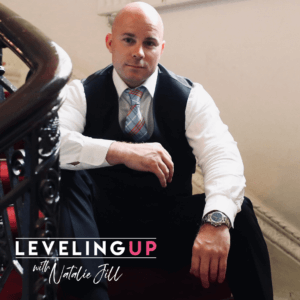 Adam Cox is a Psychologist and Hypnotherapist and the Founder of Phobia Guru. He is widely known as the UK’s leading expert on dealing with phobias quickly – so quickly in fact that he was called The Phobia Guru by clients and the media.

He experienced crippling anxiety throughout through is late teens and early twenties and suffered from many phobias, including social phobia, fear of heights, fear of public speaking and agoraphobia. He had so many phobias that he sought medical validation of his anxieties. He was formally diagnosed with General Anxiety Disorder (GAD)- something MANY of you listening have also been diagnosed with!

This led Adam to go on a journey to beat every one of his  phobias. That journey took several years, thousands of hours of research and applying every possible phobia technique on HIMSELF. He was his first client.

Eventually, after a lot of trial and error, he found and created a method that works!

With everything going on in our world now, I asked Adam to join in on leveling up and shar his method to deal with Anxiety, Phobias and Fears.

In this episode, you will learn:

Aarogya Setu App; A Must For Everyone.

AV synchrony in lead-less Micra AV pacemaker: How does it sense ...