The Importance of Making a Promise to Feel ‘Em 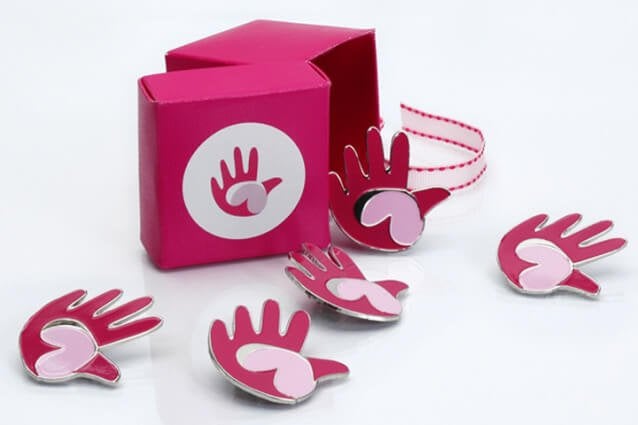 Two years ago I had this vision that stemmed from the ever-so unbecoming diagnosis of breast cancer at the unsuspecting age of 30 years old. Ironically, a few days before that horribly momentous day, I had felt compelled to perform a self-exam as a direct result of watching The Dr. Oz show that specifically featured younger women’s breast cancer journeys. That day I heard the words, “you have breast cancer” turned my world upside down. It was also the moment I decided that this was not going to defeat or define me. I needed to define it. Soon thereafter, my story ended up reaching a friend of a friend who subsequently did a self-exam and found an early stage breast cancer at the exact same age. As I began to share my diagnosis I realized that women my age were saying they were doing them, but were admittedly remiss.

Every woman that goes to her doctor hears what she’s supposed to do. But not every woman does it. There are reminders every day about self-exams and awareness, but I soon realized that nothing was sparking that action. It was then that I began to visualize a world that would promote the doing and not just the talking. There needed to be a catalyst. Thus, the Promise To Feel ‘Em movement was born.

I created the Promise To Feel ‘Em lapel pin to fulfill my need and passion to spread my story that would not have been made possible without the awesome opportunities that the Ford Warriors in Pink team has afforded me. I knew that if my story could reach one, it could reach many. Every day I encourage women of all ages to embrace this idea. When a woman bestows this pin to a loved one, it endorses that special bond and commitment to actually go home and “Promise To Feel ‘Em.” For the woman who receives the Promise To Feel ‘Em pin, it’s the string around her finger that reminds her that this is now in her hands—literally.

This pin is now generating a greater awareness of early breast cancer detection and promoting self-exams. I have continued to encourage many women to advocate for themselves since I have founded this movement. I have seen them follow up with a lump when they normally would not have. As we continue to fight for a cure and donate to exceptional and dedicated organizations, I particularly urge women who are “too young” for mammograms to know their own bodies so that when there is a change they can act quickly. That self-exam is what allowed me to find an early stage breast cancer. It is what saved my life.

The post The Importance of Making a Promise to Feel ‘Em appeared first on The Oz Blog.

The Environment and Breast Cancer

What I Learned About Being Naked