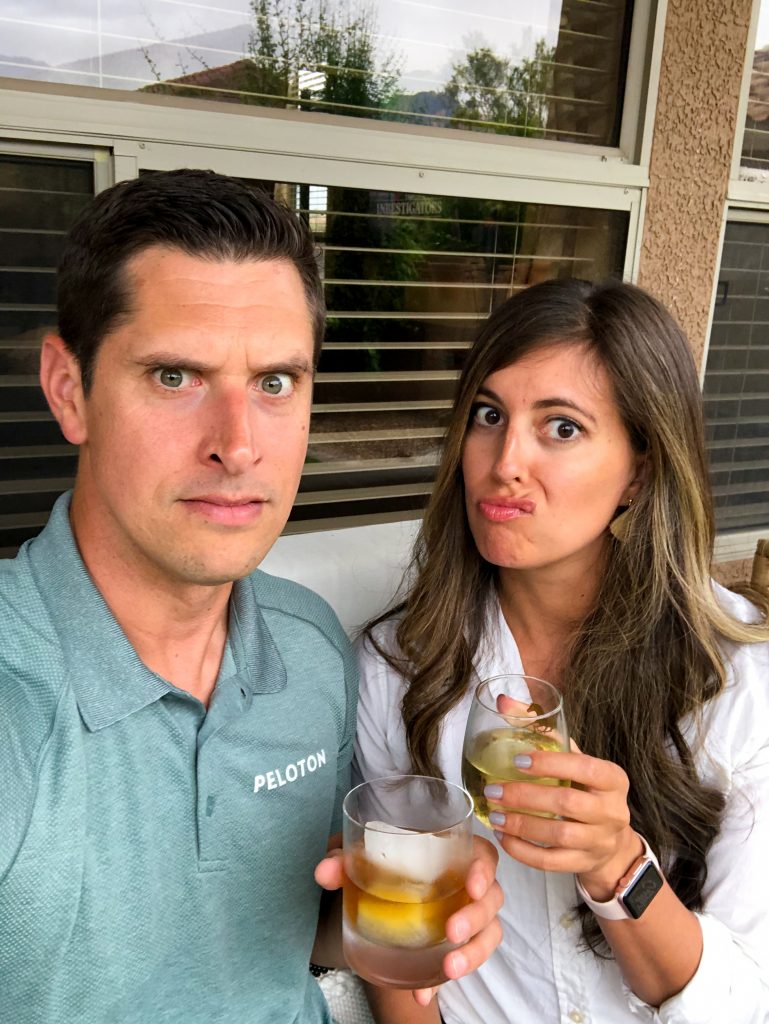 Hi, friends! Hope your day’s going well. I thought I’d take a break from the normal fitness content to talk a little bit about how we’ve been navigating life lately during these challenging times. I started thinking about this while planning out my editorial calendar which sometimes involves reviewing common search terms that led people to the my little blog, so I can write about things that are interesting to you all.

In doing so, I’m often surprised by the top search terms for the blog that have nothing to do with fitness. People often get here by searching things like baby food (still one of the top ones since Liv was little!), guinea pigs, potty training, and gallbladder to name a few. However, the top search term always jumps out at me: divorce! To ease the tension, no, the pilot and I aren’t getting divorced, but relationships are hard, and they’re even harder right now, so I think it’s worth chatting about.

I first noticed the term pop up on the blog a couple years ago when the Pilot was suspiciously absent for several months. Of course, it’s obvious now that he was deployed, but during that time, I didn’t want to advertise that to the world. Naturally, the speculation grew over those seven months which is totally fair given the Pilot-less content. The thing that struck me as odd was that “divorce” continues to be a popular search term today.

I get it to an extent. Social media often only portrays the highlight reel which can create an unrealistic picture of the family dynamic, so I don’t think it’s unusual for people to wonder. Plus, like most people, we’ve been through a lot over the years. The Pilot has always had a consistent travel schedule with intense career demands which can definitely wear on me over time, especially as the primary caretaker who’s also contributing (at times, the majority) of our family income.

I’m far from qualified to offer marriage advice, so this is purely observational, but the one thing that’s helped us over the years is the idea that we’re dedicated to not giving up on each other. At times, it can be really rough. When we were in San Diego, there was a time when the Pilot was doing his normal job, finishing his Masters, and getting his airline license near simultaneously. That put a huge strain on family especially, as I was trying to create quality content while dealing with physical and mental post-partum issues, as well as P’s medical issues. At the end of the day, we made it through by listening to each other, making time for each other, and putting in the maximum effort to ensure the best possible balance between work, family, and our relationship. There were times when it felt like a very long sprint, but that’s what it required, and it was worth it. Life is like that periodically throughout our marriage, and it’s never perfect, but it’s always better at the other side of challenging parts.

Now, we’ve kept the same attitude throughout the last few months; we’ve just adapted. The Pilot focuses on taking blocks of time with the girls away from the house (even if it’s a picnic in the car somewhere because of the brutal Tucson heat), so that I’m a little ahead when he goes on trips. The Pilot has a favorite quote for when things get hard that affect a relationship, especially since we’re often apart.

“Absence is to love what wind is to fire; it extinguishes the small, it inflames the great.”

Anyway, I’m sending you all love and hoping for the best for you during these crazy times.. I’d like to hear about anything you’ve done to survive or thrive in your relationships with everything going on. Finally, if your relationship is not safe or healthy one, please reach out to someone to protect yourself. There are some resources below that might help.

Link for military members and families

Which Mask Material Is Best For Your Skin? A Dermatologist Explains

Podcast: My Husband Has Psychosis