Home›Health Care›This woman lost 100 pounds. Her story has a lesson for everyone.
Health Care

This woman lost 100 pounds. Her story has a lesson for everyone.

By the time Tina Cox-Vega hit her highest weight ever, she had a terrifying thought: “I was killing myself with food.” Here’s how she lost 100 pounds—and got her life back.

Article Summary show
Tina Cox-Vega stepped on the scale.
But that day in the doctor’s office, she knew “someday” had arrived.
“I wanted to be healthy for my children. But on an even deeper level, I was afraid that I was slowly killing myself with food. I knew I needed help.”
But around the program’s halfway mark, something happened that kicked Tina’s results into high gear.
Tina was no longer afraid of dying. She was too busy living.
Want help becoming the healthiest, fittest, strongest version of you?
Interested in Precision Nutrition Coaching? Join the presale list; you’ll save up to 54% and secure a spot 24 hours early.

Tina Cox-Vega stepped on the scale.

Tina’s heart sank. At the time, she was 44. Her weight had been creeping up for years. Still, at 5-foot-6, she never thought it would get this high.

She drove home. Then cried.

“I knew I was on the path to 300 pounds. I felt so heavy and self-conscious. I needed special accomodations everywhere I went.”

Tina felt imprisoned by her body. The extra pounds were intensifying her chronic knee pain. Stairs? Forget it. She couldn’t stand for very long, either, which made it seem as if her life was slipping away without her participation.

Tina looked for excuses to avoid accompanying her family and friends to concerts and amusement parks. She just couldn’t keep up without resting. Plus, the long wait to get on a rollercoaster would be excruciating: When it was her turn to get on, she worried the attendant would say, “I’m sorry ma’am, but the harness won’t close.”

For years, Tina had been telling herself she would fix things—someday.

But that day in the doctor’s office, she knew “someday” had arrived.

Michelle gushed about the goals she’d reached with PN coaching. She even offered to cover Tina’s fee, using some of the $25,000 she’d received from winning our body transformation contest.

Tina declined, but not because she wasn’t convinced. She just wanted to pay for it herself. 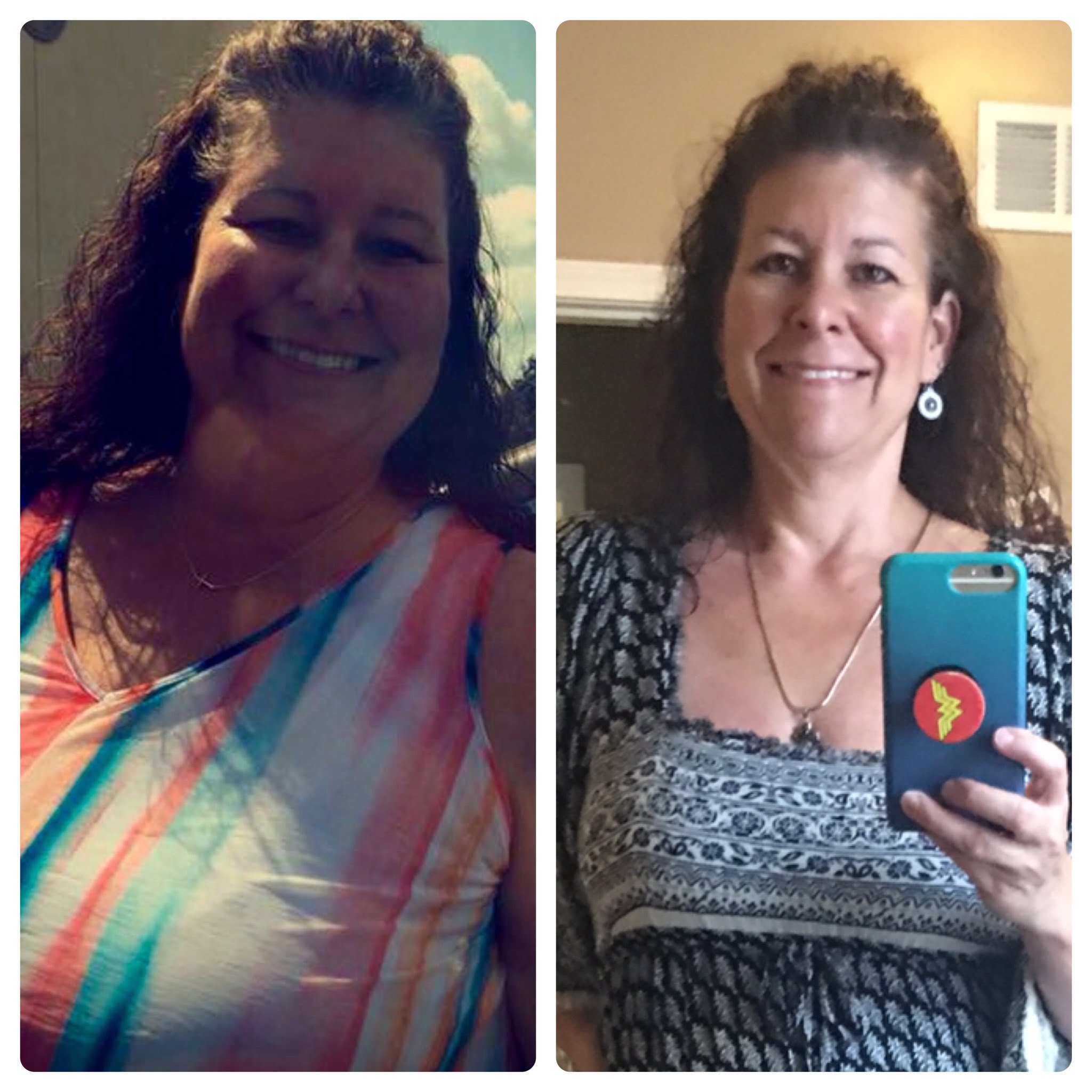 In the first few weeks, Tina did an exercise called The 5 Whys, a method for uncovering the deeper motivation behind a goal. As Tina contemplated the questions, she realized that her motivation went way beyond just wanting to lose weight:

“I wanted to be healthy for my children. But on an even deeper level, I was afraid that I was slowly killing myself with food. I knew I needed help.”

Uncovering those “whys” fired Tina up so much that she committed herself to program. “I quietly read every lesson. I did every habit, every workshop, every workout,” she says.

At first, Tina struggled because of her knee issues. But her coach, Denise Allen, provided her with alternative exercises and, slowly, Tina’s fitness improved.

Adopting the PN approach of looking for ways to do things just “a little bit better,” Tina took small steps toward her goals.

She took the stairs at work instead of the elevator—even though she, at first, got so winded she wasn’t sure if she’d make it. Soon, she was purposely parking in the farthest spot in the lot, her old handicapped permit gathering dust in the glove box.

Next, she stopped relying on TV to lull her to sleep. She used meditation to wind down instead.

Tina was seeing physical results, too. Her weight dropped and her entire body changed. When she looked at photos of herself, she saw a new woman. But around the program’s halfway mark, something happened that kicked Tina’s results into high gear.

One day, Tina posted in the PN coaching Facebook group, asking for recipes that she could make with her daughters.

Two weeks later, she got a package in the mail. Denise, her coach, had sent her the Gourmet Nutrition cookbook. Inside, Denise had written: “I want you to know you can do this.”

“I was literally in tears,” Tina says. “I was like, ‘Wow she really gives a damn. She wants me to succeed.’”

By the end of the year, Tina had lost 60 pounds and 50 inches. Her crippling knee pain was gone, and the clouds of depression had cleared. For the first time in a long time, she felt happy, empowered, and very much alive.

Tina was no longer afraid of dying. She was too busy living.

That line of thought, popularized by The Shawshank Redemption, rang true for Tina. And she wasn’t done. With Denise’s encouragement, Tina signed up for a second year of coaching.

“I took a picture of the scale that day, so I could always remember it,” she says. At times, Tina can hardly believe her transformation. Neither can her kids.

“They drove by and saw their mother, believe it or not, jogging,” she laughs.

Tina’s even playing volleyball again, a sport she loved in high school. “I’ve got my confidence back,” she says.

Perhaps best of all is the newly-strengthened bond with her daughters. Tina can now spend a whole afternoon out and about without needing to take a break or worrying about special accommodations.

“PN has done more than just help me lose weight. It has helped me grow closer to those around me,” Tina adds.

“I’m never going to go back to what I was before. And, honestly, I think PN saved my life.”

Want help becoming the healthiest, fittest, strongest version of you?

Most people know that regular movement, eating well, sleep, and stress management are important for looking and feeling better. Yet they need help applying that knowledge in the context of their busy, sometimes stressful lives.

That’s why we work closely with Precision Nutrition Coaching clients to help them lose fat, get stronger, and improve their health… no matter what challenges they’re dealing with.

It’s also why we work with health, fitness and wellness professionals (through our Level 1 and Level 2 Certification programs) to teach them how to coach their own clients through the same challenges.

Interested in Precision Nutrition Coaching? Join the presale list; you’ll save up to 54% and secure a spot 24 hours early.

We’ll be opening up spots in our next Precision Nutrition Coaching on Wednesday, July 15th, 2020.

If you’re interested in coaching and want to find out more, we encourage you to join our presale list below. Being on the list gives you two special advantages.

If you’re ready to become the fittest, strongest, healthiest version of yourself with help from the world’s best coaches, this is your chance.

[Note: If your health and fitness are already sorted out, but you’re interested in helping others, check out our Precision Nutrition Level 1 Certification program].

The post This woman lost 100 pounds. Her story has a lesson for everyone. appeared first on Precision Nutrition.

This man gave up extreme dieting and exercise. That’s when he finally ...

The plight of nursing home residents in a pandemic