Uncovering the origins of COVID-19 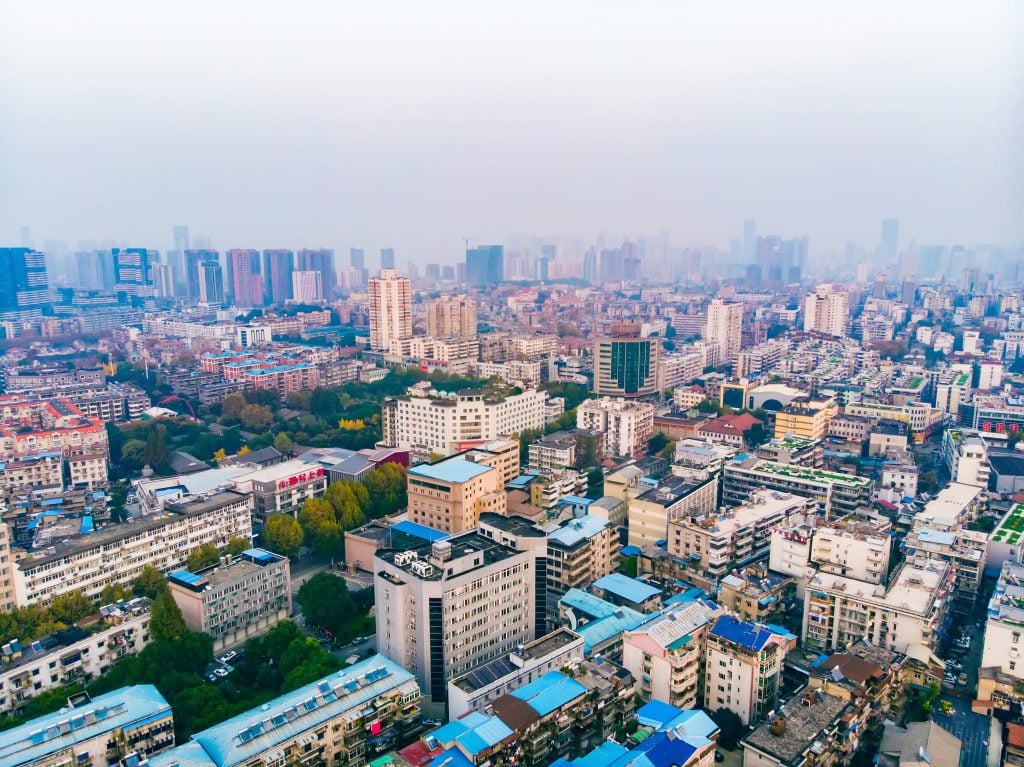 Looking out over a glistening South China Sea makes for an impressive background for your daily Zoom calls. After an illustrious career, including a spell as the deputy Chief Medical Officer for England, Professor John Watson had been planning to retire from PHE and start to slowly wind things down.

The COVID-19 pandemic has put that on hold for the time being and now here he is sitting in a hotel room in the city of Xiamen on the east coast of China, just north of Hong Kong. A few days into his two-week quarantine and Prof Watson is itching to meet up with the rest of the 10 strong World Health Organization (WHO) team that has been dispatched to China to investigate the origins of COVID-19.

The clock is ticking. It’s mid-January 2021 and soon the entire country will shut down for Chinese New Year. Once the celebrations begin for the year of the Ox then it will be hard to get anything done and make moving around difficult. And Prof Watson is already playing catch up thanks to the strict quarantine protocols that China has put in place for international arrivals.

“The Chinese authorities require that you are tested for COVID-19 in order to receive a visa and enter the country. That was all fine and I flew out to Singapore on the first leg of my trip before travelling on to Wuhan – the city at the epicentre of the first COVID-19 outbreak. Well, at least that was the plan.

“On arrival in Singapore I was swab tested for COVID-19 and I also had a blood test which is designed to check for any current levels of infection. My antibody test result came back borderline detectable. This was likely caused by my previous infection with COVID-19 that I had last year so a bit of residual antibody was picked up in the test.

“By the time I was retested again and received a negative test result, I’d found that I’d missed the weekly flight out to Wuhan. And that’s how I ended up quarantining for 2 weeks in a hotel in Xiamen. It’s surprising how quickly the time flies though when you are spending every day working over Zoom calls, sorting out the logistics of exercising and getting something to eat, and catching up with family.”

Wuhan – the first city under lockdown Fast forward a week and Prof Watson has now made it to Wuhan and caught up with the rest of the WHO delegation. Although now out of quarantine, his movements are still restricted.

“Even when you are released from quarantine you are not fully released. There’s a modified form of quarantine where we were all confined to one wing of a hotel and cordoned off from other people.

“There was no freedom at all to wander around the city of Wuhan. But to be honest we had drawn up a list of all the places that we wanted to visit on the trip and we were able to visit of all of them. Each visit was, however, very carefully managed, and everyone was wearing face coverings and abiding to social distancing rules.”

Huanan market – the origin of the virus?

One of the first trips that the WHO delegation took in Wuhan was to the now infamous Huanan seafood market. The now shuttered wholesale seafood centre was where the first cases of the virus were detected back in December 2019. Before its closure, the market bustled with hundreds of stalls selling meat, seafood and vegetables. Now it stands silent as a landmark to the centre of the pandemic. But was it really where the outbreak started?

“Well, there’s no fixed approach to working out the origins of a new virus. There is no standard blueprint as to what to do as viruses differ so much,” explains Prof Watson.

“The members of the WHO group were broadly investigating three areas. The human epidemiology (which was the focus of my work as I’m a clinical epidemiologist), looking at animals and the environment, and thirdly the molecular epi and sequencing data. It’s important to remember that we are not a bunch of detectives looking for a smoking gun. This is a group of international scientists looking to collaborate with Chinese counterparts on research to determine the likely origin of COVID-19.

“One of the key questions to answer is whether there was evidence of transmission in the period prior to the recognised outbreak in the population of Wuhan? We used surveillance sources to look at that and we found no substantial activity although we cannot rule out small clusters. We were able to review the methods used, look through a lot detailed analyses, and suggest further analyses. We didn’t see all the raw data on the early cases but that’s not uncommon in investigations in other countries.

“The other main question in our minds was whether there was evidence of transmission occurring more widely at the time of the outbreak at the Huanan market? We believe that the answer to this is yes. The market might therefore have acted as an amplification event rather than the origin.”

Away from the market, the team also visited a couple of the city’s hospitals, although this took place before Prof Watson had arrived in Wuhan.  “The team found these visits helpful in terms of understanding how the health system in the area works and how it responded at the time,” he says.

There has been a lot of speculation in the media about the presence of the Wuhan Institute of Virology, a research clinic that has carried out research on coronaviruses, situated just miles from the Huanan market. Could the virus have escaped from the lab?

“Well this is one of the scenarios that the WHO has considered. It’s highly unlikely but not ruled out. For me the most likely scenario is transmission from animals via an intermediate host.

“We visited the lab and spoke to members of staff. We asked them a wide range of questions and it was no surprise to them that the topic of a possible leak from the lab was bought up,” says Prof Watson. We also visited the Wuhan CDC and the Hubei Provence CDC which also happens to be located in Wuhan.”

Now back in England and fully recovered from the jetlag, Prof Watson is back on the Zoom calls and busy writing up his findings. But don’t expect a conclusive answer to emerge any time soon.

“This is just the start of a process that will likely take months and probably years to complete. Our immediate next steps are to get these reports out and make a series of recommendations on further work,” says Prof Watson.

One day we will be able to answer the question of where the COVID-19 pandemic originated from. Maybe Prof Watson will finally be enjoying a well-earned retirement when that time does come. But don’t bet on it. Like his fictional namesake, the lure of solving this great pandemic mystery may prove too strong to resist.

Heavy metals in baby food? What parents should know and do