Home›Dental›What COVID-19 has taught us about whistleblowing
Dental

What COVID-19 has taught us about whistleblowing 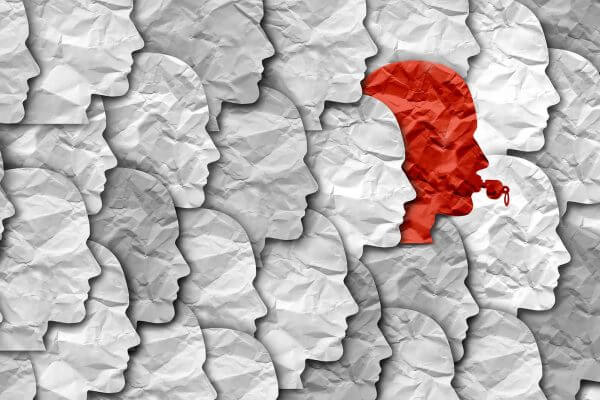 Bindiya Thakrar explores what the current COVID-19 pandemic has taught us about whistleblowing.

When COVID-19 first hit us here in the UK, it was hard to see beyond the present. Concerns for the safety of our family and friends and the uncertainty of its financial impact were at the forefront of everyone’s minds. Whilst the fog certainly hasn’t lifted off those feelings, we are already discussing what happens next. What lessons can we learn from this pandemic and our management of it?

What really strikes me is the number of stories about reprimanding ‘whistleblowers’ over voicing their COVID-19 concerns. At first I’ll admit, the term itself is a little confusing. I suppose I’d never really thought about the nuances of it. But it seems to me that anyone publicly voicing concerns might receive the label ‘whistleblower’.

According to government guidance, a whistleblower is a worker who reports certain types of wrongdoing. It goes on to explain that they are protected by law and even a confidentiality settlement can be rendered invalid. The umbrella of whistleblowing protects reporting on a danger to someone’s health and safety. It stands to reason if healthcare professionals witness something that poses a danger, they have a duty to report it.

So, if legislation protects the act of whistleblowing, why does it come laced with such negative connotations? A brief look at our most recent history may shed some light on why whistleblowing is met with such apprehension.

Article Summary show
Recent whistleblowing in the media
Lack of PPE
What does this mean for dentists?
Blue on blue
The guidance when raising concerns
Reference

Recent whistleblowing in the media

You can’t broach the subject of whistleblowers without mentioning the tragic case of Li Wenliang. He was a doctor in the city of Wuhan, China. As a result of warning other doctors about the coronavirus and the need for extra precautions, security forces told him to sign a statement to say he would no longer discuss the disease. Weeks later he died of the virus. But not before blowing the whistle on his silencing.

We may try to console ourselves with the notion that this surely wouldn’t happen here in the UK. Unfortunately, we’d be sorely mistaken. If we go back before COVID-19, the CQC received several reports about failing patient safety standards. With a member of staff alerting the family of a 57-year old patient who died at the West Suffolk Hospital. The trust responded by hiring fingerprint specialists to hunt down the whistleblower.

In the current COVID-19 world, we can read regular articles about healthcare workers concerned about the lack of PPE available. And earlier claims that the daily death toll figures don’t include care home deaths relating to COVID-19 . Evidence collected by the Doctors’ Association UK (DAUK) shows warnings over doctors and nurses raising their concerns publicly. ‘Tactics to deter staff from voicing their unease include “threatening” emails, the possibility of disciplinary action and in two cases being sent home from work.’ An example of this comes from an intensive care doctor: ‘Who voiced unease about facemasks, was told by their hospital that “If we hear of these concerns going outside these four walls your career and your position here will be untenable”’.

In theses examples, it is important to note that the healthcare workers had first attempted to raise their concerns internally.

These reports certainly don’t fill you with confidence. I wonder if faced with the same dilemma would I have the courage to speak out against the establishment? It would certainly seem like the right thing to do. Had these individuals not voiced their concerns, then perhaps we would never know the true extent of the problem. But does it come at the cost of the individual being permanently labelled a trouble maker? I imagine, this is a question that will never be truly answered.

What does this mean for dentists?

The GDC Standards for the Dental Team (2013) clearly state that according to principle 8, we are required to ‘Raise concerns if patients are at risk’. Specifically: ‘You must raise a concern even if you are not in a position to control or influence your working environment. Your duty to raise concerns overrides any personal and professional loyalties or concerns you might have’. Whistleblowing is not just the ethical thing to do, it is required of us by our regulator. In fact, turning a blind eye has the potential to land you in trouble too.

Despite the potential negative ramifications of raising concerns as demonstrated above, the whistleblowing disclosures report showed that between April 2017 and March 2018, the GDC received three times as many as cases as the GMC.

In this report, it is theorised that the reason for the higher numbers of cases could be due to the organisational structure of dental care. Most dental treatment is provided in primary care. Here the framework for reporting may not be as robust. And the team structure is much smaller. Sometimes, the person you report to, is the person you wish to report about. This may go some way to explaining the higher number of cases reported to the dental regulator.

In an article published in the BDJ, Len D’Cruz (2020) states that nearly one in 10 reports made to the GDC are from other registrants. Of which patient safety doesn’t motivate all reports. He goes on to describe how ‘colleagues working with each other in the same practice [are] using the GDC as a potent weapon in an armoury employed to intimidate, cower or retaliate in a local professional dispute’. However, this shouldn’t be a deterrent to those who have genuine concerns.

The lack of a multi-layered organisational structure poses a potential problem for whistleblowing in dentistry. It identifies the need for a better, more transparent framework to raise concerns in the primary dental care setting.

The guidance when raising concerns

The guidance from the GDC is clear. It states ideally you should resolve a matter locally. In his paper on ‘blue on blue’ referrals, D’Cruz (2020) suggests that before reaching out to the GDC, clinicians should take the opportunity to speak to their colleagues and indemnity provider to seek advice on how best to approach the situation. Other organisations such as the Faculty of General Dental Practitioners, the British Dental Association and Public Concern at Work are also options for clinicians who feel they cannot approach a colleague in their local setting. If, after seeking sufficient counsel on the matter, it is still felt that a referral to the GDC is necessary to protect patient safety, then by all means, clinicians should feel confident in approaching the regulator.

The take home message for me has been that, like in most situations, be it a personal gripe or a workplace dispute, the first step should always be to try and resolve the issue with the person involved. However, based on recent history, if you do feel the need to escalate a matter, you must be sure you have all the necessary evidence ready to support your claim. There is a chance that despite your best intentions, you will meet hostility. Regardless, this should not be a deterrent to doing the right thing for the rights reasons. As cheesy as it is to end on this age old adage: ‘The only thing necessary for the triumph of evil is for good men to do nothing.’

The post What COVID-19 has taught us about whistleblowing appeared first on Dentistry.co.uk.