Home›Health Care›What Does It Mean to Be Fat Adapted or Keto Adapted?
Health Care

What Does It Mean to Be Fat Adapted or Keto Adapted? 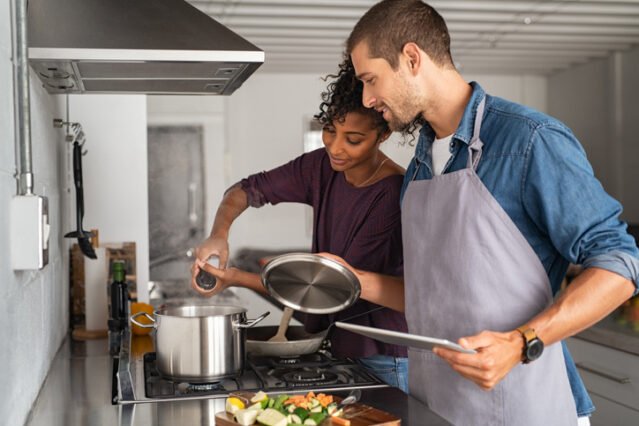 When describing someone that has successfully made the transition to a Primal or Keto way of eating I often refer to them as “fat-adapted” or as “fat-burning beasts”. But what exactly does it mean to be fat-adapted? How can you tell if you’re fat-adapted or still a sugar-burner?

As I’ve mentioned before, fat-adaptation is the normal, preferred metabolic state of the human animal. It’s nothing special. It’s just how we’re meant to fuel ourselves. That’s actually why we have all this fat on our bodies – turns out it’s a pretty reliable source of energy.

Here’s what you need to know about the benefits of becoming fat adapted, or keto adapted, and why it works with your biology.

Article Summary show
Are Being in Ketosis and Being Fat Adapted the Same Thing?
The Disadvantages of Primarily Burning Sugar for Energy
It Is More Difficult to Access Stored Fat for Energy When You’re Dependent on Sugar
A Sugar Burner Doesn’t Readily Access Dietary Fat for Energy
Sugar Stores Deplete Quickly And Need to Be Replenished Often
Sugar Burners Use Stored Glucose Quickly During Exercise
The Benefits of Being Fat Adapted
People Who are Fat Adapted Often See Improved Insulin Sensitivity
Being Fat Adapted Means You Go Longer Between Meals
You Can Better Utilize the Fat You Eat for Energy
When You’re Keto Adapted, You Always Have a Fuel Source
You Can Burn Fat While Exercising
You Can Still Burn Glucose When Fat Adapted
If you want to feel these benefits and more, sign up for Keto Month and get
How Do You Know if You’re Fat Adapted or Keto Adapted?
References

Are Being in Ketosis and Being Fat Adapted the Same Thing?

Fat-adaption does not necessarily mean you’re in ketosis all the time. Ketosis ketosis describes the use of fat-derived ketone bodies by tissues (like parts of the brain) that normally use glucose. That happens after you’ve depleted your glucose stores, and your body starts producing ketones for energy. When you’re in ketosis, you can usually detect ketones in your bloodstream.

Fat-adaption describes the ability to burn both fat (through beta-oxidation) and glucose (through glycolysis).

The Disadvantages of Primarily Burning Sugar for Energy

What that means is, when your body is primarily looking for sugar for fuel, your skeletal muscle doesn’t as readily oxidize fat for energy.

What happens when a sugar-burner goes two, three, four hours without food, or skips a whole entire meal? They get ravenously hungry. A sugar-burner’s adipose (fat) tissue even releases a bunch of fatty acids 4-6 hours after eating and during fasting, because as far as your biology is concerned, your muscles should be able to oxidize them. After all, we evolved to rely on beta oxidation of fat for the bulk of our energy needs. Once your blood sugar is all used up (which happens really quickly), hunger sets in, and your hand reaches into the chip bag yet again.

As a result, more dietary fat is stored than burned. Unfortunately for them, they’re likely to end up gaining lots of body fat. As we know, a low ratio of fat to carbohydrate oxidation is a strong predictor of future weight gain.1

Sugar Stores Deplete Quickly And Need to Be Replenished Often

A sugar-burner depends on a perpetually-fleeting source of energy. Glucose is nice to burn when you need it, but you can’t really store very much of it on your person (unless you count snacks in pockets). Even a 160 pound person who’s visibly lean at 12% body fat still has 19.2 pounds of animal fat on hand for oxidation, while our ability to store glucose as muscle and liver glycogen (stored glucose) are limited to about 500 grams (depending on the size of the liver and amount of muscle you’re sporting).2 If you’re unable to effectively beta oxidize fat (as sugar-burners often are), you’d better have some quick snack options on hand.

Depending on the nature of the physical activity, glycogen burning could be perfectly desirable and expected, but it’s precious, valuable stuff. If you’re able to power your efforts with fat for as long as possible, that gives you more glycogen – more rocket fuel for later, intenser efforts (like climbing a hill or grabbing that fourth quarter offensive rebound or running from a predator). Sugar-burners waste their glycogen on efforts that fat should be able to power.

The Benefits of Being Fat Adapted

There are some compelling advantages to being fat adapted or keto adapted, which may move you to make the switch if you haven’t already.

A ketogenic diet “tells” your body that no or very little glucose is available in the environment. The result? “Impaired” glucose tolerance 3 and “physiological” insulin resistance, which sound like negatives but are actually necessary to spare what little glucose exists for use in the brain. On the other hand, a well-constructed, lower-carb (but not full-blown ketogenic) Primal way of eating that leads to weight loss generally improves insulin sensitivity.4

Being Fat Adapted Means You Go Longer Between Meals

A fat-burning beast can effectively burn stored fat for energy throughout the day. If you are fat adapted, chances are, you can handle missing meals and are able to go hours without getting ravenous and cranky (or craving carbs).

You Can Better Utilize the Fat You Eat for Energy

A fat-burning beast is able to effectively oxidize dietary fat for energy. If you’re adapted, your post-prandial (after mealtime) fat oxidation will be increased, and less dietary fat will be stored in adipose tissue.

When You’re Keto Adapted, You Always Have a Fuel Source

A fat-burning beast has plenty of accessible energy available in the form of body fat, even if he or she is lean. If you’re adapted, the genes associated with lipid metabolism will be upregulated in your skeletal muscles.5 You will essentially reprogram your body.

You Can Burn Fat While Exercising

A fat-burning beast can rely more on fat for energy during exercise, sparing glycogen for when he or she really needs it. As I’ve discussed before, being able to mobilize and oxidize stored fat during exercise can reduce an athlete’s reliance on glycogen. This is the classic “train low, race high” phenomenon, and it can improve performance, save the glycogen for the truly intense segments of a session, and burn more body fat.6 If you can handle exercising without having to carb-load, you’re probably fat-adapted. If you can workout effectively in a fasted state, you’re definitely fat-adapted.

You Can Still Burn Glucose When Fat Adapted

It’s not that the fat-burning beast can’t burn glucose – because glucose is toxic in the blood, we’ll always preferentially burn it, store it, or otherwise “handle” it – it’s that we do not depend on it. I’d even suggest that true fat-adaptation will allow someone to eat a higher carb meal or day without derailing the train. Once the fat-burning machinery has been established and programmed, you should be able to effortlessly switch between fuel sources as needed.

If you want to feel these benefits and more, sign up for Keto Month and get

How Do You Know if You’re Fat Adapted or Keto Adapted?

There’s really no “fat-adaptation home test kit.” I suppose you could test your respiratory quotient, which is the ratio of carbon dioxide you produce to oxygen you consume. An RQ of 1+ indicates full glucose-burning; an RQ of 0.7 indicates full fat-burning. Somewhere around 0.8 would probably mean you’re fairly well fat-adapted, while something closer to 1 probably means you’re closer to a sugar-burner. The obese have higher RQs. Diabetics have higher RQs.7 Nighttime eaters have higher RQs (and lower lipid oxidation).8 What do these groups all have in common? Lower satiety, insistent hunger, impaired beta-oxidation of fat, increased carb cravings and intake – all hallmarks of the sugar-burner.

It’d be great if you could monitor the efficiency of your mitochondria, including the waste products produced by their ATP manufacturing, perhaps with a really, really powerful microscope, but you’d have to know what you were looking for.

No, there’s no test to take, no simple thing to measure, no one number to track, no lab to order from your doctor. To find out if you’re fat-adapted, the most effective way is to ask yourself a few basic questions:

Yes? Then you’re probably fat-adapted. Welcome to the human metabolism you were wired for!

That’s it for today, folks. Send along any questions or comments that you have. I’d love to hear from you guys.

The post What Does It Mean to Be Fat Adapted or Keto Adapted? appeared first on Mark’s Daily Apple.

Nine Doctors Missed This Diagnosis & It Almost Destroyed My Family