What I’m Doing for Christmas 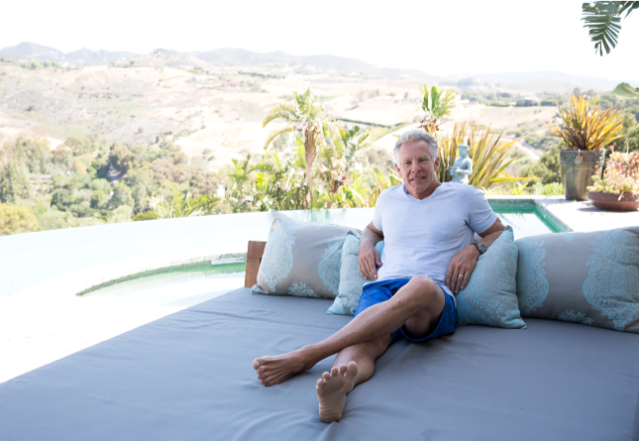 Believe it or not, Christmas has never been my favorite holiday. As a kid, I was always partial to Halloween—not just for the candy, but more for the adventure of venturing out into the black night with your best friends and marauding all over town. As I’ve gotten older, Thanksgiving has enjoyed special prominence in my life for obvious reasons—the food, the gratitude, the family gathering around the table to partake in the county laid before us, the lack of adornment and focus on what truly matters. I wasn’t so into gifts as a kid, instead preferring to mow lawns or paint houses to pay for my own stuff. Or perhaps it was my parents who preferred that I work for my possessions and helped instill that in me. But that’s not to say Christmas wasn’t a big deal. It was.

I have to admit: There’s something special about the Christmas or holiday “spirit,” whatever that is. You can feel it in the air, and I’m not quite sure what’s behind it. All I know is that it exists.

A lot of you have asked what I’m doing for Christmas.

First of all, we’re not really doing gifts.* Certainly nothing big. In an age where you can hop on Amazon and have almost anything delivered to your door within a day’s time, doing so for someone else isn’t very exciting for anyone. Chances are, the person you’re giving the gift to does the same thing for himself or herself on a regular basis.

*Except for my granddaughter, of course. It is my responsibility to spoil her even before she’s all that aware of the concept of a “gift.”

If we are doing gifts, we’re trying to stick to smaller, local stuff you can’t easily get elsewhere. Or meaningful books. If you can’t tell, I haven’t done any shopping yet.** Always wait til the last minute. I do.

**Except for my granddaughter.

The food. It always comes back to the food, the dinners, the feasts. This is a human constant across culture and epoch. People love getting together over a good meal.

I’m cooking a goose my friend shot and saved for me. This is something I’ve always wanted to attempt in the kitchen. I’ve had goose before, and duck plenty of times, but I’ve never roasted a goose.

We have a goose recipe on the blog that’s great. Never done it myself, but did eat it when employees were trialing the recipe. Since the weather isn’t exactly conducive to blasting the oven up to 450 degrees, I’m going to do a hybrid method using most of the same spices in the recipe.

First, I’ll brine the goose for a day or two. Basic salt water brine, probably with a few orange peels thrown in.

Next, I’ll steam the bird to render some of the fat out, making sure to save it for later (there’s nothing like roasted potatoes or vegetables in waterfowl fat). Otherwise, you either lose the fat or it explodes all over the place. Plus the method I’m using to roast the goose would be disastrous without rendering some of the fat.

Next, I spatchcock the bird, removing the back bone and splaying the bird out flat for easier, faster cooking.

Then I grill it over coals. I start with the bird skin facing up with the coals piled up on the opposite side of the grill. Put the cover on and let it roast indirectly. This doesn’t just cook the bird but also dries out the skin.

After the bird is just about done (which I confirm by grabbing a drumstick and gently jostling it; when the leg is loose and the juices run clear it’s about ready), I flip it over, skin-side down, directly over the coals to crisp up for a few minutes. This is my basic method for grilling chickens and turkeys. I haven’t confirmed that it will work for a goose but I don’t see why it wouldn’t. (If I’m making a fatal mistake, let me know in the comments.)

Besides, just in case, I’ll have something else waiting in the wings: a lamb leg. Sometimes I do bone-in, but this time will be boneless.

This is always a hit. It’s really hard to mess up.

I get the lamb leg out on the cutting board. I butterfly the leg, so it’s all laid out flat. This involves slicing into some of the muscle tissue and also slamming it flat with the palm of my hand to get everything as flat as I can. It’s not going to be smooth, but the general trend will be a big flat roast.

Coat it with garlic, lemon zest, chili flakes, pepper, salt, avocado oil or olive oil, fresh thyme, rosemary, bay leaves on all sides. Be liberal with your seasonings. Then squeeze some lemon juice all over it. Allow to rest in fridge for at least two hours.

Then I grill it like a big steak over coals. I sear it on all sides and then cook it on indirect heat until I’m happy with the temperature. You can even grill it to start and transfer to the oven to finish, if you need the room on the grill.

The normal urge during the holidays is to sit, to vegetate, to do nothing. It’s cold, you’ve eaten too much and drank even more. Let’s just sit around, right?

Christmas is my cue to move. To take walks, to exercise, to explore my surroundings, to swim, to paddle-board, to play Ultimate frisbee, to ride my fat tire bike over the sand. And the beauty of Miami is that I can do all these things no matter the season.

So that’s what I’m doing.

Part of the reason is because I’m eating more than usual. Not because I need to “burn those calories,” but because I need to do something with all that excess energy. When I eat extra calories, my body turns that into energy. Energy that I can actually use. Energy that I must use. That’s actually the mark of good metabolic flexibility: Turning extra calories into subjectively potent energy that must be burned. Of course, not all energy is fungible. The same thing wouldn’t be happening if I were eating tons of seed oils and refined sugar. That would just make be bloated and sluggish.

We’ll have family coming in — my son Kyle from Germany, my daughter Devyn, her husband Jerry, and their daughter (and our granddaughter) JJ, plus my wife’s parents and sister — and her husband and daughter (my granddaughter), so we’ll be getting lots of walks, lots of beach time. I may even try to convince my daughter to let me take JJ out on a paddle-board or at least kayak.

I’ve been thinking about the winter solstice. Apparently it’s going to be a special one this year, where Saturn and Jupiter align and appear to form an incredibly bright and prominent “star” in the sky. So, what is the solstice?

The shortest day and longest night of the year. It’s the bottom. The pits. No where else to go but up. From dark to less dark and eventually light. And for a society like ours immersed in artificial light and modern technology, that might not register or matter. Heck, most people don’t even notice it anymore other than to complain about time changes. But just imagine what that must have meant for an ancient society. For every ancient society — and it was just about all of them, because most ancient populations had and still have winter solstice celebrations. It meant the days would finally start trending longer. The chickens would start laying more eggs. It meant the growing season was approaching. It meant you could spend more time outdoors without things turning pitch black. You wouldn’t have to burn as much fuel to stay warm and keep light. All in all, the winter solstice meant the “worst” was over and better times were ahead.

I’m not sure if you can replicate the effect it had on ancient populations. You can never quite go back, right?

But I wouldn’t be surprised if the significance of the solstice is somehow ingrained in our DNA, even if we don’t intellectually consider it or even think of it. It still matters. So this year, I’m gathering everyone around a fire. Most of the ancient solstice celebrations involved a bonfire of some sort. I’ll just sit there and contemplate the sky, the world, my relationships, and life itself. This has been a wild year for most people on this planet, and things are looking up from here.

The post What I’m Doing for Christmas appeared first on Mark’s Daily Apple.

6 Best Practices for Working with Patients on Creating Content