What We Can Learn From Bodybuilders 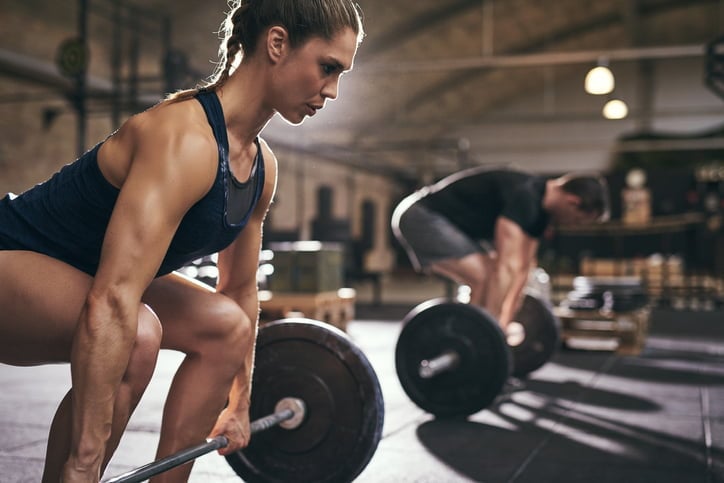 In the Primal or “functional fitness” communities, I’ve noticed that bodybuilding gets a bad rap. The story goes that bodybuilders are only in it for the aesthetics. Or that their strength isn’t “real,” that they do too many isolation exercises that rarely occur in natural settings or sports for that matter.

And I get some of that. The average bodybuilder who only focuses on the appearance of his or her muscles is leaving a lot of function on the table. Bodybuilders are often not the paragons of athleticism as commonly conceived—running and jumping, general physical preparedness. Yet critics miss the fact that bodybuilding itself is a sport. It’s a complex undertaking that requires extreme discipline and the development of certain skills. It’s anything but easy. Like any community, there’s plenty to criticize about bodybuilding, but there’s also a lot to learn from it.

What can we learn from bodybuilders?

The importance of the mind-muscle connection.

A bodybuilder doesn’t just “lift” weights. A bodybuilder consciously “feels” every muscle cell contract. A bodybuilder focuses on the burn. A bodybuilder directs a significant portion of conscious brain activity toward fully experiencing the act of lifting the weight and contracting the muscle. According to bodybuilding lore, focusing on that mind-muscle connection makes you stronger, gives you better results, and triggers greater hypertrophy.

You don’t have to be a bodybuilder to utilize this concept. Hell, you don’t even have to lift weights to understand that fully engaging with the activity you’re doing can improve your results.

Finding joy in the journey while still having goals.

There’s a great line in “Pumping Iron” where Arnold Schwarzenegger compares the pump you get from lifting and feeling your muscles engorge with blood to sex. While I’m not sure I’d go quite that far, it does speak to the bodybuilder’s ability to find joy in the journey toward a goal. Each lift, each rep, each set is an opportunity for you to feel something beautiful: your muscles contracting and propelling a heavy weight through space and time, and then swelling with exertion. That doesn’t just apply to bodybuilding. It applies to everything in life. The best way to do anything is to enjoy both the journey and the goal.

Because the bodybuilder still has a goal off in the distance. The bodybuilder goes on this journey to reach a desired body fat level, or to hit a new PR, or to add inches to this or that body part. They’re not just messing around in the gym. There’s a goal and there’s the path to the goal, and both are celebrated and savored.

Bodybuilding doesn’t work if you don’t. The minimum effective dose method of training is great for getting fit, staying strong, and looking good naked, but it probably won’t get you into the upper echelons of bodybuilding. To do that, you must train consistently and never waver from your vocation. You need extreme discipline—to eat right, to sleep right, to endure the long and frequent workouts.

Sure, the “lucky” among us seem to have good things drop in their laps all the time, simply by virtue of their existence. But in reality, the lucky are disciplined and consistent. By getting out there and putting in the work, by putting yourself in the position to discover opportunities or even by simply being open to possibility and potential, luck finds you. That’s been my experience. I don’t even think that’s it anything “mystical” or “magical.” More likely is that being open and consistent and discipline sensitizes your brain to the opportunities that are always out there, always surrounding you.

To keep carbs low if fats are high and vice versa.

Bodybuilders are masters of “dieting down,” of modifying their body fat levels to extract the most definition. They do this by manipulating their macronutrient intakes.

If carbs are low, fats are high. If carbs are high, fats are low. Keeping carbs high and fat low is a good method for boosting leptin, a hormone that controls appetite and energy expenditure and tends to drop rather low when losing weight. You see, body fat secretes leptin to suppress appetite (because energy stores are high) and increase energy expenditure (because you have energy available to use). Dieting reduces leptin, and while dietary fat has little to no effect on leptin secretion, carbs increase it. This is why the low-fat, higher-carb carb refeed can be an effective weight loss strategy for long-term keto dieters who’ve lost a lot of weight but have hit a weight loss stall: the addition of carb in the absence of dietary fat promotes leptin secretion and “kickstarts” the fat loss.

Protein is king for body composition.

Fasted walks are a lifehack.

An old bodybuilder trick that I’ve been using for decades is the early morning fasted walk. Basically, it’s exactly what it sounds like: you go for a brisk walk of at least 30 minutes on an empty stomach. This serves to liberate and oxidize body fat, and it’s just a great way to start your day. Even the most carb-reliant people can handle an early morning fasted walk because it isn’t intense and it never even hints at requiring glycogen. Excellent for everyone, not just bodybuilders.

Apologies for using the word “lifehack” but I just had to do it.

I don’t recommend that most people count calories to lose weight. But if you do it right, and you’re committed to it, it can work.

But a bodybuilder who counts calories counts calories. They weigh and measure everything that goes into their mouths. They are obsessive about it. And they often have the willpower to simply stop eating if they’re about to exceed their allotted caloric count. Also, they do many other things in addition to counting calories that contribute to their success, like tracking their macronutrients (protein, fat, and carbohydrate). They count calories without claiming that every calorie has the same effect on body composition and metabolic rate.

Most people only ever see bodybuilders in their competition state: dehydrated, starving, sub-8% body fat. But walking around, your average bodybuilder is hydrated, well-fed, and closer to 12-15% body fat. Extremely low-body fat is not healthy, and it’s not sustainable. One study found that during competitions, bodybuilders who go from 14% to 4.5% body fat have low testosterone, high cortisol, and are stressed to the gills.1 Their strength decreases and their mood worsens. But once they recover and go back to 14% body fat, everything normalizes (except for strength, which takes six months to recover).

Most meaningful pursuits are also hard.

Bodybuilding is neither simple nor easy. It takes detailed planning and logistics—meals, schedules, training time, sleep, naps—all while leading an otherwise normal life (because most bodybuilders aren’t getting rich off it). It requires extreme physical effort—the actual lifting of the weights, the cardio, the overall enduring of pain and suffering. You might even argue that the effort it requires makes bodybuilding that much more meaningful.

As a heuristic, “meaningful pursuits tend to be hard” works quite well.

Having a child is an enormously meaningful pursuit, usually one the most important tasks you can take on. It’s also hard as hell.

Starting a business is meaningful—it can give you financial and temporal freedom. But man is it tough.

Humans appear to derive meaning out of difficult pursuits. Go back to the earliest days and the hardest things we could do—hunting large animals, taking down prey many times larger, stronger, and faster than us—were the most objectively meaningful (they gave us sustenance). I don’t think this has changed over the years.

Bodybuilders were doing carb refeeds before the science of leptin was mainstream.

Bodybuilders were taking fasted morning walks before IF became a legitimate avenue of scientific research.

Bodybuilders were running (and sharing the results of) n=1 self-experiments on concepts that took decades to gain mainstream recognition.

Just like pro sports teams are often light years ahead on injury recovery and advanced surgical techniques, bodybuilders often get the science right before “Science” legitimizes it.

The post What We Can Learn From Bodybuilders appeared first on Mark's Daily Apple.

If You Liked 'Free Solo,' Here's Another Climbing Doc to Make Your ...