What We Can Learn from World’s Longest Living Populations 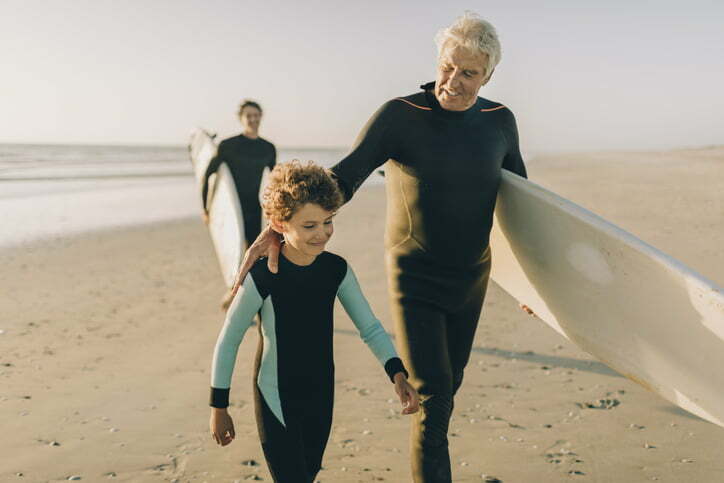 Why do some people live well into their nineties with zero health problems, while others get sidelined by diabetes, heart disease, and autoimmune conditions? Sure, your genes play a role, but it’s your lifestyle that pulls the biggest lever.

If you’ve followed the Primal Blueprint for more than a minute, you know it’s possible to reprogram your genes, regardless of what health struggles your parents or their parents faced. As a health coach, and someone who fully intends to become a centenarian one day, I’m fascinated by cultures who have their diet and lifestyle totally dialed in.

Take the Blue Zones, for instance. These regions are spread throughout the world — but it’s not where they’re located that’s so important, it’s more about what the locals do on the daily that makes the biggest impact on their health.

Article Summary show
What’s Up with Blue Zones?
Is It Genetics or Lifestyle?
Ready to Defy the Limits of Age?
Live Long and Prosper

What’s Up with Blue Zones?

Named by Dan Buettner, the National Geographic journalist who studied them, Blue Zones are five regions where people are known to live healthier and longer than anywhere else in the world, reaching the age of 100 at a significantly greater rate than most folks living in North America.

Despite being scattered throughout the globe (the zones are in Greece, Italy, Japan, Costa Rica, and southern California), they share nine key lifestyle habits, including:

I’m not saying you should drop your carnivore diet for one rich in grains and legumes, but you can’t argue with the fact that certain behavioural, societal, and environmental factors play a huge role in health and lifespan.

Is It Genetics or Lifestyle?

The study that fueled Buettner’s research was this one published in 1996, which evaluated 2872 pairs of Danish twins over a thirty-year period. Researchers looked at a variety of genetic and lifestyle influences and determined that only about 20% of how long you live is dictated by your genes, where the other 80% is all about lifestyle.

Since then, more and more studies continue to roll out confirming his findings. Like this one that analyzed the DNA methylation levels of 318 men and women, ages 65-105, revealing that epigenetic control in aging had less to do with the participants’ chronological age and more to do with how they lived their life. Not only that, recent studies exposed the grim consequences of the COVID-19 pandemic, showing how factors including stress, isolation, and lacking purpose had a direct correlation to a decline in mental and physical health.1 According to research, loneliness shaves fifteen years off your life expectancy – roughly the same impact as being obese or smoking a pack of cigarettes a day.2

Since Buettner’s research has been out, several cities have adopted the Blue Zone principals and seen dramatic results. They’ve implemented these nine secrets of longevity to make it easier to get up and move, make new friends, and find a reason for just being – citing results such as a 4% decrease in daily stress, up to 14% increase in people who say they’re thriving, and millions of dollars secured for community walking and biking paths.

Ready to Defy the Limits of Age?

You might not agree with all aspects of the Blue Zone principals — I do live for a good NY strip — but there’s more than just something to this whole longevity thing. The best part is that it doesn’t require any calorie counting, tracking of macros, or crushing it at the gym. Here’s how to incorporate these time-tested secrets into your own life:

There’s a lot we can learn from the Blue Zone regions, even if we don’t agree on dietary choices. It all comes down to our environment and lifestyle, consciously swapping out stress, chronic overachieving, and neglecting our own needs for natural movement, connection, purpose, and self-care. When we start making these elements a priority, we can tap into the longevity secrets these centenarians have known for years. It might be the closest thing to the fountain of youth we’ve ever seen.

Do you follow any of the Blue Zone principals? Tell me in the comments below.

The post What We Can Learn from World’s Longest Living Populations appeared first on Mark’s Daily Apple.

A COVID Super Spreader in 2020, Sturgis Motorcycle Is On Again