What You’re Not Told About Mammograms 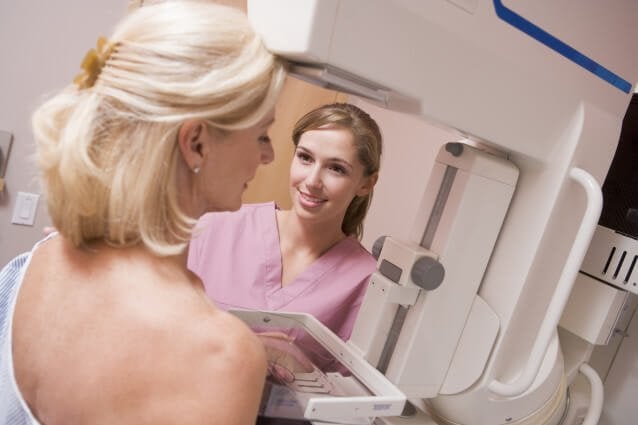 Last month, the American Cancer Society (ACS) released a new set of guidelines for breast cancer screening. This left many of us with more questions – now six different groups recommend three different ages to start screening. The choice of when to start is further encouraged to be a woman’s personal decision with her doctor. However, the current guidelines are confusing at best (as a physician myself, I was certainly confused), and occasionally misleading.

What’s in the guidelines? One change the ACS made was raising the starting age for mammograms in women of “average risk” (no family history, no prior chest radiation) to 45 years. However, the U.S. Preventive Services Task Force (USPSTF) recommends starting at 50, while the American College of Obstetricians and Gynecologists still recommends that’s screenings start at age 40.

Clear as mud, right? As April Speed, M.D., a breast surgeon and spokesperson for Susan G. Komen Breast Cancer Foundation – Atlanta, told me, “Patients need to be empowered to know that they have a choice. These are guidelines, but not hard and fast rules.” With that in mind, here is the information I didn’t have when I had my biopsy this year. And it’s what every woman needs to know when considering when to start mammograms:

1. Breast cancer is less common in younger women – but not as low as some might imply. In fact, a woman at 40 has about half of the risk of a new breast cancer diagnosis as a 60 year old. That is indeed a smaller risk, but much higher than we often hear, and definitely significant.

2. You do risk getting a False Positive (FP). A false positive is a positive (abnormal) mammogram result, which a second test (ultrasound, MRI, or even biopsy) shows to be negative (normal). The fact is, a false positive is a normal risk in any type of screening test. Denser breast tissue and lower rates of breast cancer in women under 50 means more false positives. But does that mean we should stop screening them? Consider the numbers.

If you screened 10,000 women in their forties annually for 10 years, you’d find:

With the current U.S. population, that means that over 10 years, almost 14 million women in their forties would be called for further imaging and 1.52 million would get biopsies. That is indeed a lot of extra testing, which exposes many women to more radiation, a potentially painful (although usually fairly simple) biopsy procedure and financial costs. It also means saving the lives of 11,000 to 35,000 American women in their forties alone.

3. Experts are factoring in “emotional distress. ” Another factor for the guidelines was that women with false positives might feel undue anxiety for being called back. Not only have studies shown that this has no prolonged impact, shouldn’t we leave the decision of “emotional distress” to the woman who would experience it?

4. Overdiagnosis is possible – but mammograms aren’t the problem. Overdiagnosis, which can lead to unnecessary chemotherapy, surgery, and radiation, is frequently used as an argument against mammograms. But it’s really related to current limitations for biopsy results. Here’s what it means: There are many types of breast cancer, and while most are life threatening, some portion (it’s heavily debated, potentially 15 to 20%) are not. The problem is, our current technology cannot fully differentiate which is which. So all abnormal cells tend to be treated as dangerous since most of them are, and the cost of betting incorrectly is someone’s life. Think of overdiagnosis like hurricane forecasts: We know that not every hurricane will hit land, but we don’t know which will, and it’s too dangerous to wait around without preparing. Avoiding mammograms would be like stopping weather forecasting because we occasionally over-prepare for storms that never hit. What we really need is better technology (scientists are researching this) to know which biopsy results need treatment.

Like forecasting, breast cancer screening and diagnosis aren’t perfect – especially in younger women. But that alone shouldn’t lead us to stop using them. I, for one, would hate to get caught unaware in that storm.

The post What You’re Not Told About Mammograms appeared first on The Oz Blog.

What I Learned About Being Naked