Home›Health Care›Why Do I Get a Gluten Reaction from American Wheat but not Overseas?
Health Care

Why Do I Get a Gluten Reaction from American Wheat but not Overseas? 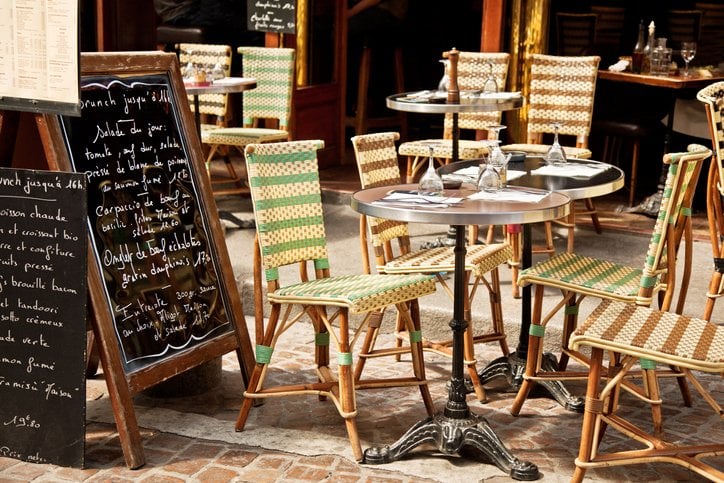 Seems like every international traveler who normally follows a Primal way of eating has had the experience of splurging on pasta in Italy or baguettes in France or pita in Greece without any of the negative effects they normally experience back home. There are even people with confirmed gluten sensitivities who can get away with eating wheat overseas. Whenever I’m in Europe, I enjoy the local cuisine without worrying too much, even though I definitely get a reaction back in the US. I may not be eating entire baguettes or plates of pasta, but I don’t shy away from smearing raw brie over crusty bread—and yet back home, I avoid wheat as a general rule.

What’s going on here? Why do some people get gluten reactions from American wheat but not European wheat?

There are a lot of different possibilities. It’s not just one factor. It is many.

American wheat is higher in gluten.

Point blank: this might be the major issue. The majority of American wheat grown is hard red wheat, which is high in protein and thus gluten.

In Europe, the majority of wheat grown in Europe is soft wheat, which is lower in gluten.

Julia Child famously lamented trying to make French-style bread with American flour. She couldn’t do it because the gluten content was too high in the American stuff.

American wheat is covered in glyphosate.

Glyphosate is perhaps the most common herbicide used worldwide. But it has another interesting use case: desiccation. If an American farmer wants to prepare his wheat for harvest, he will often spray it with glyphosate in order to “dry it out.” Desiccated wheat stores and travels better than fresh wheat. It’s much quicker—and more profitable—to just douse the field in glyphosate than it is to let it dry naturally. Meanwhile, this practice isn’t as widespread in Europe, where some countries have banned or heavily restricted the use of glyphosate. Your average American wheat product is more likely to have glyphosate residues than your average European wheat product.

The official story is that the herbicide glyphosate is inert in humans, totally non-toxic, because it targets a biological pathway important to insects and other pests but that mammals do not possess. This is misleading. The pathway, known as the shikimate pathway, is extremely important in bacteria as well. And while we are not bacteria, we host trillions and billions of bacteria in our guts, where they modulate our immune system, form a barrier against pathogens, manufacture nutrients and neurotransmitters, interface with our brains via the gut brain axis, and digest and nullify problematic food components like gluten.

Glyphosate can disrupt or kill the bacteria in our guts. Some of those bacteria, like members of the bifidobacterium species, have been shown to digest intact gluten proteins.1

Glyphosate also has the ability to mimic glycine, an amino acid that forms the backbone of many proteins in the body, such as trypsin, a protease (protein-digesting enzyme) that helps us break down gluten. If glyphosate inserts itself into the space normally occupied by glycine, the trypsin doesn’t work as intended and gluten digestion suffers as a consequence.2

These are plausible mechanisms for glyphosate disruption of gluten digestion. They aren’t proven. But it does make you wonder, right?

Why does soil sulfur contribute to gluten reactions?

The top wheat-producing states in America are Kansas, Washington, and North Dakota. If you look at this map of soil sulfur (lower right map), you’ll see that all three states are either low or deficient in sulfur, which means the wheat they produce is likely to be higher in gliadin than normal.

European wheat tends to be lower in gliadin.

Remember how gliadin is the gluten component that’s most problematic for celiac and gluten sensitive people? It turns out that the types of wheat flour used most frequently in European wheat products are lower in gliadin and higher in glutenin (the other component of gluten that has little to no allergenicity). Both soft wheat flour (used in breads in Europe) and semolina (used in pasta) are lower in gliadin than hard wheat (used in the US).5

When you’re traveling, you’re not eating grocery store mass-produced bread. You’re not buying snack cakes at gas stations. You’re eating at that great pizzeria you saw Anthony Bourdain visit once in an episode of “No Reservations.” You’re grabbing baguettes from the world-famous bakery your globe-trotting friends insisted you visit. And those places, the more traditional places serving wheat products, will be more likely to use higher quality wheat and other ingredients and minimal processing. They’ll be more likely to use natural leavening, which helps break down the gluten.

When you’re at home, you’re not eating out at every night. You’re eating the basic stuff, not the artisanal. Well, maybe not you specifically, but my readers are a special breed. But the average person who complains about gluten sensitivity at home and not abroad likely is eating standard grocery store wheat products at home and being exposed to all the glyphosate and fast rising yeast with low efficacy at breaking down gluten.

If you compare an artisanal loaf of sourdough from the farmer’s market back home, the difference won’t be as stark. But if you’re comparing the French baguette baked by the fifth generation artisan to a loaf of Wonderbread back home, of course you’re going to lose. It’s apples and oranges.

There are plenty of lower quality, mass-produced wheat products available in Europe, but if you’re traveling for pleasure you probably won’t encounter them.

An underappreciated factor in a European vacation is all the walking you do. You’re staying in historic cities that were built before the advent of the automobile. They’re built for pedestrians. They’re full of little alleyways and curving streets dotted with interesting shops that invite walks. They’re beautiful to just wander around. When I’m in Europe, I walk 8-10 miles a day on average. The steps just happen.

While that may not directly reduce the allergenicity of wheat, it does affect your ability to handle wheat. Your digestion works better when you’re moving around frequently a slow pace. Your blood glucose control is better when you’re walking consistently, and that can play a role in how wheat—a decidedly high-carb food—interacts with your metabolism. There’s simply a big difference between eating a baguette and sitting on your ass and eating a baguette and walking for five miles looking at the beautiful architecture.

When you’re traveling, you’re not thinking about work. There’s no commute. You don’t have to rush the kids to get ready for school. The bills aren’t an issue. What’s more, you probably took care of all the stuff that had to be taken care of before leaving for the trip—just so you wouldn’t have anything hanging over your head, coloring the experience. Why is this important for gluten tolerance?

One of the best ways to ruin your gut is with stress.

Stress, especially chronic stress, is one of the most under-appreciated and yet potent disrupters of gut health, gut bacteria, and gut permeability. The more stressed you are, the more “leaky” your gut gets. The leakier your gut, the more gluten, and other harmful toxins and food components can be admitted into circulation. Gluten by itself can induce leaky gut; combined with stress, the tight junctions just let it all flow through.

Stress even reduces the number of Lactobacillus species living in your gut, some of whom are responsible for breaking down gluten into manageable, less allergenic fragments.

There you have it: my seven hypotheses, none mutually exclusive, all mutually inclusive, for why some people can eat bread and pasta in Europe without incurring a gluten reaction.

What about you? Have you experienced this yourself? What’s your hypothesis?

The post Why Do I Get a Gluten Reaction from American Wheat but not Overseas? appeared first on Mark's Daily Apple.

How Athletes can Protect the Environment Using the Leave No Trace Seven ...