Why You Need to Be Taking L-Theanine 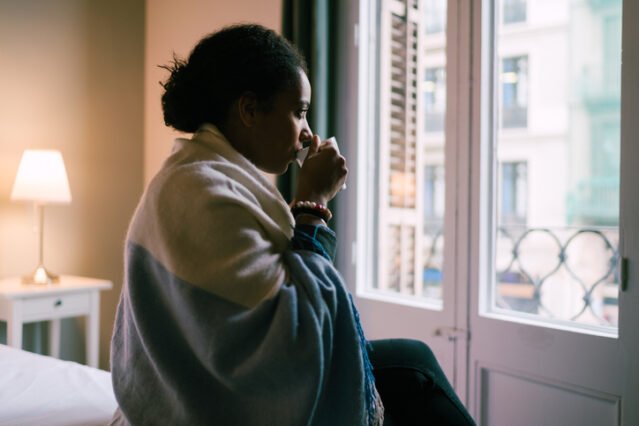 But the world is not perfect. We don’t have the same foods available to us that our ancestors ate during the formative years of our evolution, and even if we did, modern farming practices altered mineral levels in the soil. Supplementation can restore some semblance of a “natural” food environment.

Overcoming the stressors of modernity, however, is harder, because it’s not a matter of avoiding the wrong foods and eating the right ones then smoothing out the rough patches with smart supplements. Modern stressors are mostly unavoidable. You have to deal with them. Endure them. And that’s where supplements can really help. Like L-theanine.

One of my favorite anti-stress supplements is L-theanine. It’s an amino acid found in green and white tea that is structurally similar to glutamine, GABA, and glutamate. It crosses the blood-brain barrier after oral dosing, appearing in the hippocampus and increasing alpha-waves in the brain in less than an hour. It’s clearly “doing stuff” up there. But what are the benefits?

The majority of L-theanine’s benefits revolve around our response to stress and anxiety. L-theanine takes the edge of things. More specifically and in addition, L-theanine:

L-Theanine as a Stress Reducer

When you meditate, your brain is pumping alpha waves. When you’re having a restful morning with . not much to do but hang around and quietly enjoy your time, you’re alpha wave-dominant. When you’re sitting on the beach listening to the waves lap the shore, a brain scan would reveal a ton of alpha wave activity. And when you take 50 mg of L-theanine, your alpha brainwaves kick in after about an hour.1

L-Theanine as an Anxiety Buster

L-theanine isn’t a benzodiazepine. It won’t brute force your brain into an overwhelming state of supreme chill. For L-theanine to reduce your anxiety, you must actually be anxious. Now, much anxiety is hidden, even to ourselves. We may not know that we’re anxious about something. We may not recognize it. So theanine can really help, as long as there’s something for it to help against.

The downside is that it’s subtler than taking a pharmaceutical anti-anxiety med; you don’t “feel it” as much as taking something like xanax. The upside is that it doesn’t make you drowsy and it’s non-addictive. In fact, most people tolerate theanine so well that researchers have been unable to identify a toxic dose. I’m not suggesting you take an entire bottle, of course. There may be a toxic dose, somewhere, somehow. But subjects have taken 400 mg of L-theanine every day for 8 weeks straight without apparent ill effect.

L-Theanine as a Performance Enhancer

L-theanine is most effective at improving the cognitive performance of people undergoing stress. In studies, this takes the form of artificially stressful environments—loud noises, oppressive rules, that sort of thing. In real life, stress is more unpredictable, and I’d argue that most of us are in stressful environments, even if we’re not consciously aware of it. If you’re lucky enough to live a totally stress-free life, L-theanine may not help your performance.

If you get the jitters or anxiety from caffeine, have 100-200 mg of L-theanine with it. The combination has been shown to smooth out the effects of caffeine and reduce anxiety while retaining performance. That’s why you feel awake and alert after a cup of tea, but without the jittery feeling that coffee gives you.

Much like its relationship with mental performance, the ability of L-theanine to enhance sleep depends on the psychological status of the individual.

If you suffer from anxiety or stress, L-theanine has been shown to improve sleep quality and efficiency and reduce sleep latency and usage of sleeping meds.3

If you’re a kid with ADHD, 400 mg of L-theanine can help with sleep quality.4

If you’re being treated for clinical depression, 250 mg of theanine per day should help reduce sleep disturbances at night.5

If you’re being treated for schizophrenia, 250 mg of daily L-theanine should improve sleep quality.6

But if you have good sleep and good mental health, L-theanine won’t be a big boost to your sleep quality—unless you have significant stress in your life (which most do).

Back about 20 years ago, I developed an anti-stress supplement meant to combat the overreach and overtraining so many endurance athletes experience. Like me. See, I would get dozens of colds each year. Even though I looked healthy and fit, my immune system was constantly playing catch up. All my running and training didn’t leave any resources for the rest of my physiology. Everything was devoted to recovery.

That supplement, originally called Proloftin but now called Adaptogenic Calm, included L-theanine in addition to four other key anti-stress ingredients. I developed it to fix my own issues, and sure enough, it worked (and as it turned out, many others had the same problem).

As we can see from recent research, it wasn’t just placebo. In one study, endurance athletes supplemented with a cysteine and L-theanine product starting ten days prior to training. They ran immune tests before and after training, and the group who got the cysteine and L-theanine supplement had lower C-reactive protein, lower neutrophil count, and higher lymphocyte levels, indicatives of a lower inflammatory and immune load.7

We don’t have direct evidence of isolated L-theanine improving a person’s liver’s resistance to things like alcohol, but we do have two other lines of evidence.

First, the animal studies that show supplemental L-theanine protects the liver against alcohol-induced injury and increases liver glutathione content (the antioxidant we use to detoxify ethanol).89

L-Theanine: Dosage You Should Take

Oral doses as low as 50 mg have been shown to induce alpha brain waves in healthy humans and doses up to 600 mg per day have been safely tested. Generally, people can tolerate an awful lot of L-theanine without any problems. In fact, you’d have to eat hundreds of grams of pure L-theanine powder to even approach the LD50.

How I Use L-Theanine

The most common way I take L-theanine is by popping a few caps of Adaptogenic Calm, the anti-stress supplement I’ve been making and using for over a decade. You don’t have to take Adaptogenic Calm to get L-theanine, but I’m pretty happy with the synergistic effects of the ingredients.

On the rare occasion I feel acutely stressed out, I’ll take some L-theanine powder under my tongue and let it sit there. L-theanine is water-soluble, so in theory it should absorb sublingually. It certainly feels like it does—I get an almost immediate effect. The taste is subtly sweet. Not something you seek out, not something you avoid either.

You can also get it from green tea, but it will be difficult to hit the 100/200 mg mark found to be most effective in clinical trials through tea alone. Average theanine doses in a cup of green tea range between 25-60 mg. It’s doable, especially if you luck out with a theanine-rich source of tea—you just have to drink a good amount.

That’s it for my take on L-theanine. All in all, it’s a great compound to keep on hand and, perhaps, take on a regular basis. Very little downside, almost all upside.

Have you ever tried L-theanine? Notice anything? How do you use it yourself?

Thanks for reading, everyone.

The post Why You Need to Be Taking L-Theanine appeared first on Mark's Daily Apple.