Home›Health Care›Orthorexia: Where to Draw the Line Between Healthy Eating and Obsession?
Health Care

Orthorexia: Where to Draw the Line Between Healthy Eating and Obsession? 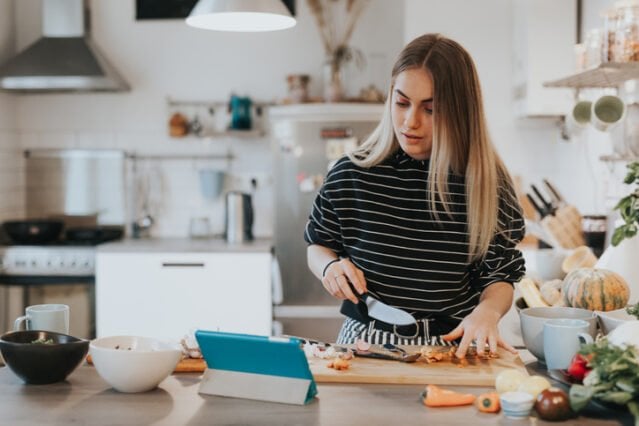 Although it still hasn’t been accepted as an official medical diagnosis, orthorexia nervosa is a proposed eating disorder that involves an extreme obsession with eating a “correct” diet. People with orthorexia nervosa strive to eat only foods they consider healthy and strictly avoid foods they deem to be unhealthy or impure. Their obsession with eating a healthy diet takes over their lives, eventually impairing their mental, social, and even physical well-being.

The topic of orthorexia is controversial within health circles. On the surface, it can be hard to distinguish between folks who are simply health-conscious and those who have crossed the line into disordered eating. Any diet—even relatively mainstream ones like Mediterranean or paleo—could veer into orthorexia depending on the individual.

People who raise concerns about orthorexia often get accused of “fit-shaming.” Then the straw man arguments begin: “Oh, so I guess it’s healthier just to eat Twinkies and Big Macs, then?” No, obviously not. Orthorexia starts with food rules or following diets, but it’s much more than that.

To be clear: Wanting to be healthy is not orthorexic. Neither is believing that some foods are healthier or more nutritious than others. Cutting out certain foods, tracking macronutrients, or following a specific diet is not inherently problematic.

However, those behaviors can be stepping stones to orthorexia, so this is a conversation we need to be willing to have.

What is Orthorexia Nervosa?

Orthorexia nervosa is a preoccupation with healthy eating that ultimately interferes with health and well-being.

The first stage involves setting rules and restrictions around what foods you will and will not eat. Specific rules vary from person to person. An individual might avoid gluten, food additives, GMOs, dairy, animal products, nightshades, sugar, artificial sweeteners, grains, or whatever they deem to be unhealthy.

Nevertheless, researchers and practitioners need to be able to differentiate an ardent healthy-eating enthusiast from someone who has crossed the line into disordered eating. Experts have proposed various ways of defining orthorexia nervosa.1 While the specifics deviate somewhat, they share common features:

Right away, you can see that orthorexia nervosa goes beyond mere dieting. Someone can have elaborate, rigid, even seemingly illogical food rules for themselves, but as long as they don’t significantly impact their well-being, those behaviors wouldn’t be considered orthorexic. Orthorexia nervosa requires both dieting and negative psychosocial consequences.

Typically, even the strictest eating behaviors are not considered disordered in people who follow their diet for religious reasons, because they have food allergies or sensitivities, or because it has been prescribed by a doctor to treat a medical disorder.

How Orthorexia Nervosa Compares to Other Eating Disorders

There’s some debate about whether orthorexia nervosa is an eating disorder on its own or whether it’s a variant of anorexia nervosa. The two share common features:

However, there are also clear distinctions. Weight and body image concerns are central to anorexia nervosa, whereas orthorexia is mainly about health or purity. Both disorders may result in weight loss due to food restriction, but that isn’t the primary goal with orthorexia. Also, people with anorexia usually hide their food restrictions, while people with orthorexia tend to be open about them. They may even try to recruit others to their way of eating.

Orthorexia nervosa also shares features with another eating disorder called Avoidant Restrictive Food Intake Disorder, or ARFID. Folks with ARFID eat an extremely limited number of foods too, but it’s because they find eating to be frightening or discomforting. They aren’t motivated by health or purity concerns.

Many people, probably most people, can try different diets and eliminate specific foods or food groups without ever going down this path. However, for some people, it’s a slippery slope. Some potential red flags include:

Again, let me stress that these behaviors exist on a spectrum. You may see glimpses of yourself here, but that doesn’t mean you have an eating disorder. With orthorexia nervosa, your diet and food beliefs significantly impact other areas of your life for the worse.

Who Is at Risk for Orthorexia Nervosa?

Orthorexia shares certain features with obsessive-compulsive and anxiety disorders. Individuals with one of these issues may be at greater risk for developing orthorexia nervosa.2 Perfectionism and narcissism may also contribute to orthorexic tendencies.3 4 More research is needed in each of these areas.

It’s not clear whether orthorexia nervosa is related to gender, age, or BMI.5 Studies have found high rates of orthorexic behaviors among folks like yoga teachers, dieticians, gym-goers, and athletes—sometimes exceeding 80 percent of people studied. However, most of these studies used an instrument called ORTO-15 to measure orthorexia. Other researchers have widely criticized this scale for measuring the behavioral component of orthorexia only.6 We’d expect these folks to prioritize healthy eating, but that doesn’t necessarily mean their beliefs or behaviors are problematic.

Although the concept of orthorexia is more than two decades old at this point, researchers and clinicians are still trying to draw a clear line between healthy and unhealthy concerns about food. In 2018, researchers from two Spanish universities proposed a new tool called the Teruel Orthorexia Scale to separately measure “healthy orthorexia” and orthorexia nervosa.7

As you can see, people who score highly on this dimension care about their food quality more than the average person, but their behavior isn’t maladaptive (though their friends and partners might not love it).

In contrast, orthorexia nervosa is characterized by items like:

A 2019 follow-up study showed that healthy orthorexia is associated with experiencing more positive and fewer negative emotions in everyday life, while the opposite is true for orthorexia nervosa.8 Because this is a new measure, we’ll have to wait for more studies to provide insight into this vital distinction.

At its core, orthorexia is “clean eating” taken too far.

Hopefully it’s clear that orthorexia is about much more than simply being health-conscious. As Dr. Bratman explains:

“Adopting a theory of healthy eating is NOT orthorexia. A theory may be conventional or unconventional, extreme or lax, sensible or totally wacky, but, regardless of the details, followers of the theory do not necessarily have orthorexia. …Enthusiasm for healthy eating doesn’t become ‘orthorexia’ until a tipping point is reached and enthusiasm transforms into obsession [sic].”

You can believe that diet profoundly impacts health, avoid specific foods, weigh and track all your food, and still go about your merry way without developing orthorexia nervosa.

But, if you feel your diet taking over your life, or if the thought of eating something off-plan makes you break into a cold sweat, it’s a good idea to seek help. Even though it’s not an officially recognized mental health disorder, many eating disorder specialists focus on treating individuals with orthorexia nervosa. The National Eating Disorders Association (NEDA) hotline is a good place to start.

Is orthorexia an obsession with healthy eating?

“Orthorexia” means wanting to eat “correctly.” The term may be used to describe disordered eating, as in orthorexia nervosa. That is an obsession or preoccupation with eating only specific foods that you consider healthy and avoiding foods you think are unhealthy.

What are the main warning signs or symptoms of orthorexia nervosa?

The defining characteristics are: (1) having strict food rules about what you will and will not eat based on your definition of “healthy,” and (2) those rules negatively impact your psychological, social, and/or physical well-being. Truly healthy diets should enhance, not detract from, your quality of life.

How common is orthorexia nervosa?

No one really knows because of problems with how orthorexia nervosa has been measured in the past. Estimates range from as few as 3 percent of people in the general population to more than 80 percent in health-focused communities, but those numbers may not be reliable.9 10

Is fasting or eating only one meal a day the same as orthorexia?

Orthorexia nervosa has to do with beliefs about food quality and eating only “healthy” foods. People may also use fasting to try to achieve health, but that isn’t the same as orthorexia. The same goes for excessive exercise. Both can co-occur with orthorexia, but they aren’t themselves orthorexic.

No diet is inherently orthorexic, no matter how restrictive it is. Context always matters. You can’t decide if someone’s diet is orthorexic without knowing why they are following it and how it is impacting their emotional health, physical health, social relationships, occupation, and overall quality of life.

The post Orthorexia: Where to Draw the Line Between Healthy Eating and Obsession? appeared first on Mark’s Daily Apple.